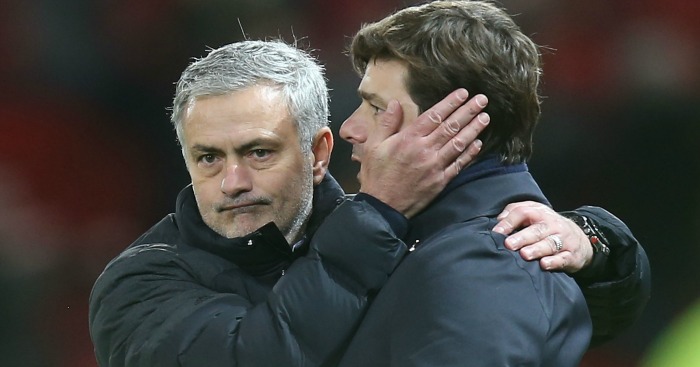 Mauricio Pochettino is confident that things will go badly wrong for Jose Mourinho at Tottenham, according to a report.

The Argentinean was sacked by Spurs on Tuesday evening before the club appointed Mourinho as his successor on a three-and-a-half year deal on Wednesday morning.

There are doubts whether Mourinho is a good fit for Spurs with the youth policy at the club and chairman Daniel Levy’s notoriety for being a tough negotiator on transfers.

He met his new players following his hasty appointment, which was announced less than 12 hours after Pochettino was sacked, on Wednesday and then took training ahead of his first game in charge at West Ham on Saturday.

The Portuguese boss was always glowing in his praise of Pochettino and has reiterated his delight at taking on a squad that he believes is full of quality.

The end of Mourinho’s time at Manchester United ended with him reportedly losing the dressing room and ESPN claims that Pochettino thinks something similar could happen again at Tottenham.

‘Exiting under better conditions, according to sources, would have looked like an admission of failure in Pochettino’s mind and would tarnish his ability to command another job at a big club.

‘His gamble is simple: If things go massively wrong under Mourinho (something Pochettino is confident will happen), the blame shifts to Levy for a lack of patience rather than Pochettino giving up on the club.’