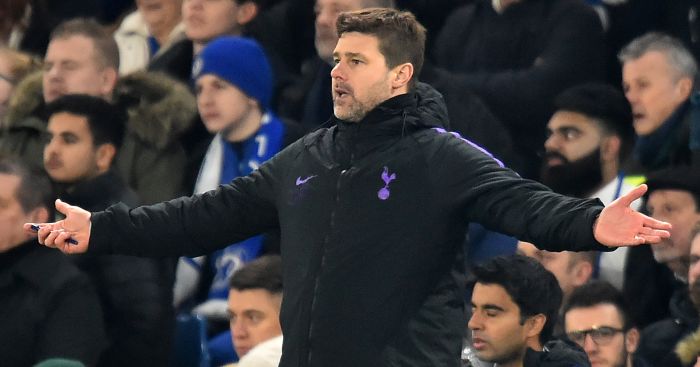 Son Heung-min will be available for Tottenham’s Premier League clash with Watford – but Mauricio Pochettino has some disappointing news on the transfer front.

But a surprise quarter-final defeat to Qatar has allowed him to return to London quicker than expected and boss Pochettino has confirmed he will be involved in Wednesday’s game with the Hornets.

Moussa Sissoko is also back after a knee problem but Ben Davies (groin) is still out along with Harry Kane and Dele Alli.

The injuries to the duo have left Spurs short on options in attack, with the lack of transfer activity in recent windows exposed with Fernando Llorente left as the only realistic attacking option.

However, Pochettino revealed he had been looking to strengthen, but any hopes of adding to his squad appeared to be diminishing.

“You know how we work at the last minute everything can happen,” he said. “A few days ago I was very optimistic about a realistic option to sign but today I am not optimistic at all.”

Despite that, Sky Sports News reporter Rob Dorsett claimed on Twitter that Spurs are in talks over signing Monaco midfielder Youri Tielemans, who has also been linked with Leicester City and Manchester United.

“One source close to the negotiations has confirmed Spurs are in talks, though officially the club have denied any interest. Monaco want at least £20m for the Belgian international.”

#thfc are exploring the chances of signing Monaco midfielder Youri Tielemans – beating #lcfc to his signature. One source close to the negotiations has confirmed Spurs are in talks, tho officially the club have denied any interest. #monaco want at least £20m for the Belgian intl.