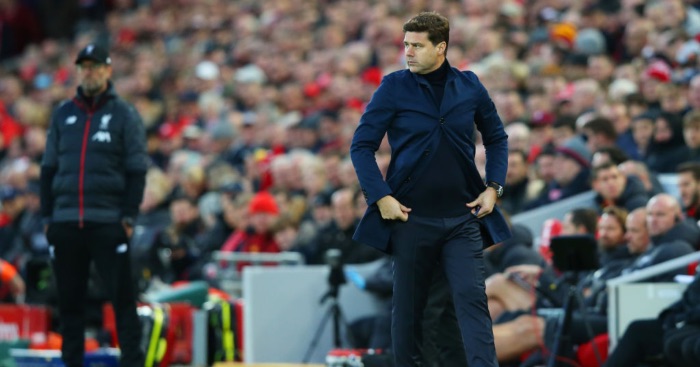 Mauricio Pochettino has dismissed claims his side lack belief and described Tottenham’s game against Liverpool as “impossible”.

Harry Kane gave Spurs the lead in the first minute but the visitors were on the back foot throughout and were eventually undone by goals from Jordan Henderson and Mo Salah, as they lost 2-1 at Anfield.

Pochettino was happy with the effort of his side, but admitted they lost to the better team.

“I don’t think it is the belief. We have the belief and the confidence. We need to dominate the game more and play better with the players we had on the pitch,” He said.

“We tried in the last 10 or 15 minutes and had chances but it was impossible.

“We were very competitive. I think we suffered in the first half – they were better than us. I think we defended well and the team was very committed.”