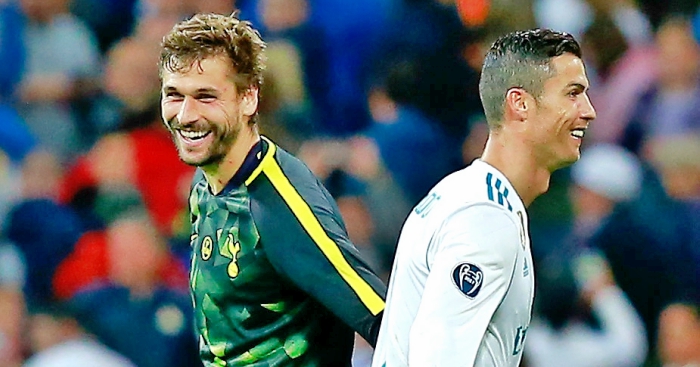 Mauricio Pochettino has dismissed concerns regarding Fernando Llorente’s form, saying that he and Vincent Janssen are incomparable.

Llorente is yet to score for Tottenham since joining this summer, having played 14 games in all competitions.

The Spaniard has only started three times however, twice in the Carabao Cup and then against Real Madrid in the Bernabeu.

Some onlookers have compared his struggles to those of Janssen, who joined the club in summer 2016 but scored just six goals in 35 games before leaving on loan for Fenerbahce.

Asked whether it was a worry that Llorente had not yet scored, Pochettino replied: “He came close the other day.

“He needs to keep going. I am so happy with him, his attitude is fantastic and he is a great professional. I think he brings not only like a player to help the team on the pitch, but helps the team off of it too – a lot of positive things.

“He only needs time. He was out for a lot of months. In Swansea he didn’t do the pre-season and of course that shortened his preparation. He needs time. But I am so happy with him. All that we expect from him he is delivering.

When it was put to him that Llorente’s struggles can be compared to those of Janssen, Pochettino scoffed.

“You cannot compare Janssen with Llorente. I think they’re two different profiles in everything.”