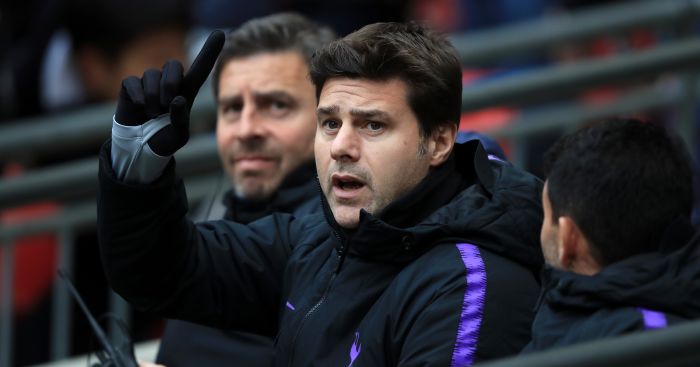 Mauricio Pochettino has said he is “happy” that Eric Dier was compared to Sergio Busquets by former England manager Sam Allardyce.

Allardyce saw fit to compare a midfielder with 30 trophies to one with a single League Cup runners-up medal after England beat Spain on Monday.

The former England manager said that Dier is “no better or worse” than the Barcelona man, who was “out of sorts” in Seville.

But he has now partially backtracked on those comments, saying they were simply an attempt to fight what he deems to be unnecessary criticism of Dier.

However, Pochettino still appreciates his words and thinks Dier needs to use Allardyce’s words as inspiration.

“I am so happy that a manager like Sam Allardyce praised our player,” Pochettino told reporters. “I am so happy. Of course I respect his opinion. It’s very nice words or comparison for Eric. It’s a thing that he needs to use to believe in himself and improve every time

On England, Pochettino added: “In terms of the result it was fantastic, then in football as you know many things can happen in the game. I was very proud of them and all of English football.

“I congratulate Gareth Southgate of course because he is the architect of the national team and then after that the players because they were fantastic with their attitude.

“Of course we are so happy because we are working here, I am Spanish and Argentino but you know I am in England and I support my players of course.”