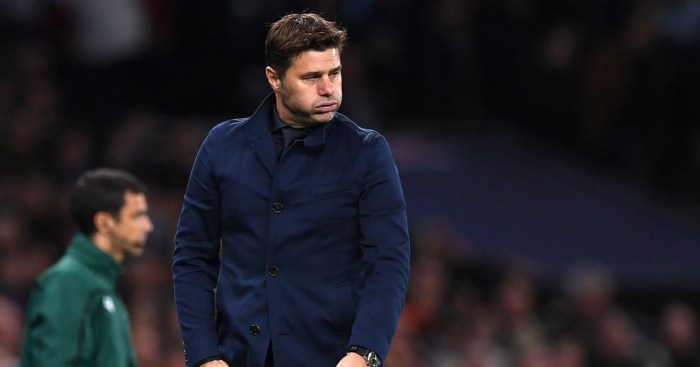 Tottenham manager Mauricio Pochettino says Spurs don’t need to make any signings in January as he has faith in his squad despite their poor form.

Pochettino said he was targeting the next transfer window after being knocked out of the Carabao Cup by Colchester United last month, declaring “January is going to be a good opportunity to fix this situation.”

But the Argentine has now backtracked, despite losing four of the last five games, including embarrassing defeats to Bayern Munich and Brighton.

Asked whether Spurs will be active in the January transfer window, Pochettino said: “No, I don’t believe. Really.

“I respect all opinions and I know they’ll be people that are going to say ‘we need to change or ‘we need to do something in or out’ but if it’s my decision, I’m going to stick with my players because I know they have the quality.

“It’s only to unlock some situations that is going on in their mind but we have great quality to be fighting for the things that we expect to fight for.”

Pochettino was keen to reiterate his faith in the team as they look for their fourth win in all competitions this season against Watford at home on Saturday.

He said: “I trust 200 per cent in them [the players] and I believe they have the capacity and the potential to win games and turn this type of situation.

“We have the confidence that we have the quality and it’s only time to put all the things clear.

“In this type of situation, the most important [thing] is to be all together and show a strong face to the problems and talk a lot.”

Christian Eriksen is a doubt for this weekend’s game after suffering a dead leg on international duty with Denmark and is being assessed ahead of the match.

Summer signings Giovani Lo Celso and Ryan Sessegnon have returned to full training, but Pochettino said “they are far away off the level they need to be involved” with the matchday squad.