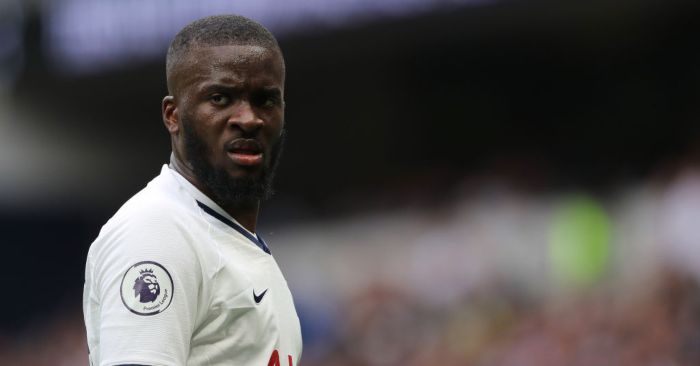 Mauricio Pochettino believes record signing Tanguy Ndombele has not even scratched the surface of what he is capable of at Tottenham despite a dream debut.

The France international, who cost £63million from Lyon in the summer, announced his arrival in brilliant fashion as he scored a fine equaliser for Spurs in their 3-1 win over Aston Villa.

It was the highlight of a debut that got better and better as the match went on, especially clicking with second-half substitute Christian Eriksen.

Boss Pochettino had previously warned that the 22-year-old will take time to settle into the English game and says there is much more to come.

“It was a fantastic performance,” Pochettino said. “But to be honest there is a lot to improve, he only showed 30 or 40 per cent of his potential. He has amazing potential to improve.

“It’s one of the aspects he needs to work on, he didn’t score too many goals at Lyon, but that is one of the areas that is a target for him to improve this season.

“It is so early, in his first game he scored. I am delighted for him, he is a player that arrived to the team from another country and it is always a difficult adaption and it is going to help him to feel happy and comfortable on the pitch and with his team.”