Home All The News Poch on Klopp’s Liverpool: ‘I don’t believe it’s a big test’ 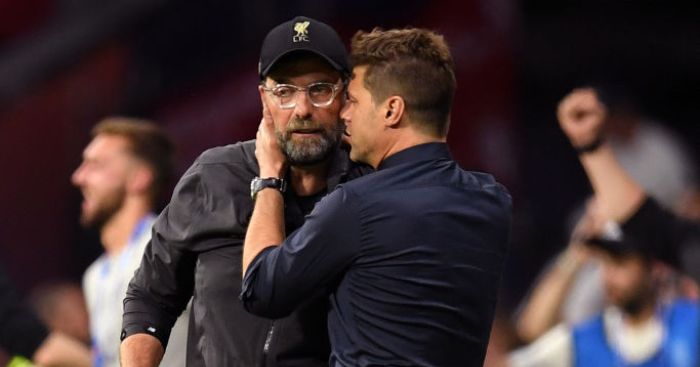 Tottenham boss Mauricio Pochettino has insisted the Liverpool game isn’t a big test but admitted he always looks forward to playing at Anfield.

Spurs head to Anfield for the first meeting between the sides since Liverpool beat Mauricio Pochettino’s side 2-0 in the Champions League final in June.

Liverpool go into the game three points clear at the top of the Premier League, while Spurs are 10th after a stuttering start to the campaign.

Pochettino is relishing the chance to face high-flying Liverpool and is looking forward to another showdown against Jurgen Klopp’s side.

“Of course, it is going to be difficult. Liverpool are having a fantastic season, last season they were very close in the Premier League with Man City, they won the Champions League final against us and I think they’re doing a fantastic job.

“Jurgen Klopp is a fantastic guy, I admire him and we have a great relationship. It is great to meet him and play against a team like Liverpool that have unbelievable players.

“For me, it is a joy to go there and the motivation is there is there to play in a stadium like Anfield – it always is amazing.