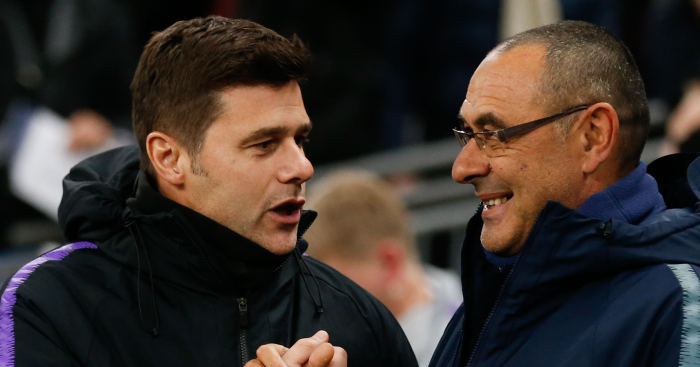 Mauricio Pochettino was delighted to have inflicted upon Maurizio Sarri his first Chelsea defeat, with the Tottenham manager also blowing smoke up Real Madrid’s arse.

The win lifted Spurs above Chelsea into third, which is precisely where they sit in their Champions League group too.

Ahead of a crucial meeting with Inter Milan, Pochettino took great pride in beating Sarri at the weekend.

“Maurizio has impressed everyone so far,” he said.

“Before facing us he was still unbeaten: 12 games without defeat, it does not happen often in the Premier League.

“He is adapting his philosophy to Chelsea and he needs time to develop everything he wants, but like for Empoli and Napoli, he will do an excellent job.”

Asked to name his favourites to win the Champions League, Pochettino was forthright in backing his potential future suitors.

“Real Madrid,” he said. “They won the cup for three years in a row and remains the strongest.