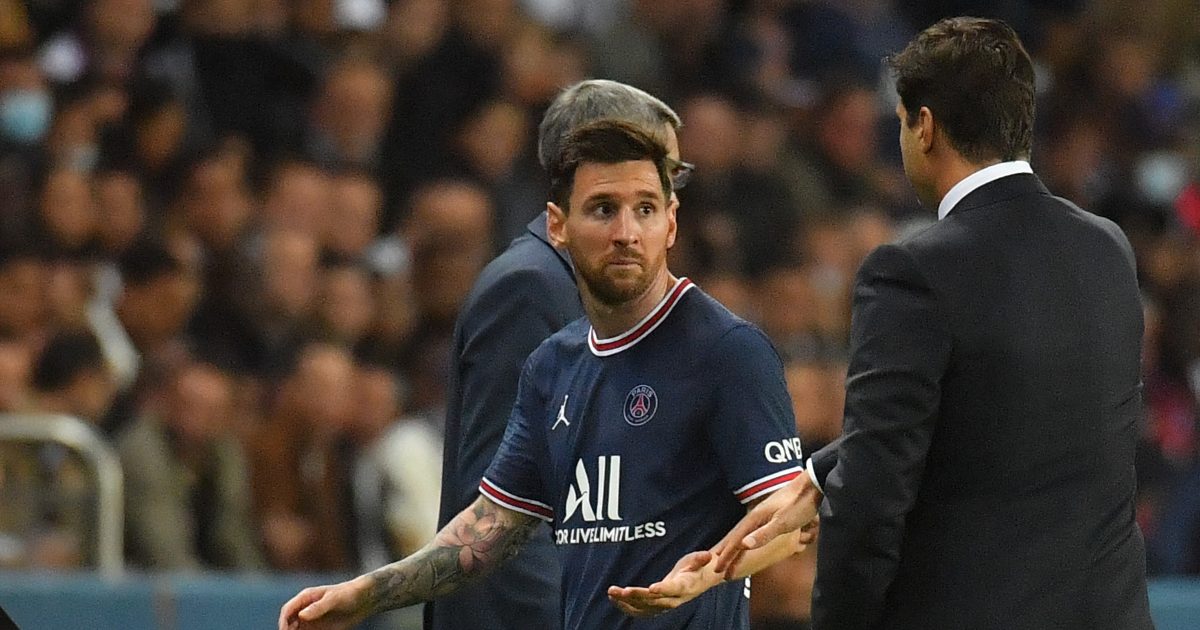 PSG boss Mauricio Pochettino has admitted that they have to be “cautious” regarding Lionel Messi, but he hopes the attacker can be fit to face Manchester City.

Messi had spent his entire senior career with Barcelona before his summer move to Ligue 1 giants PSG.

The forward has won the Ballon d’Or on six separate occasions and he is recognised as one of the best footballers in history.

The 34-year-old was forced out of Barcelona this summer given the club’s ongoing financial struggles. They were unable to agree a new contract for him, so he subsequently joined PSG on a free transfer.

Messi is yet to score from his three outings for PSG so far. He is currently suffering from a bone contusion issue.

The Argentina international is unavailable for his side’s league game against Montpellier this weekend. PSG host Man City in the Champions League on Tuesday night.

Pochettino has told reporters (as cited by Sky Sports) that he hopes Messi can be fit for their clash against Man City:

“Messi has started to run today. We are going to assess him and we hope he improves.

“Let’s wait for him to come back, but in any case we have to be cautious and in the next days we will see his progress.

“On Sunday, we will be able to give a positive update. We hope everything goes well and he will be available again. Yes, we hope he can play (against City). We have to be cautious.”

Elsewhere, Pep Guardiola has insisted that this weekend’s clash against Chelsea is “different” to their meetings last season:

“It is completely different than the previous games. The FA Cup was a (semi) final, a tight game and we lost it. The Premier League was already done, we had won (the title) already, we were almost champions, and of course the Champions League was a massive, massive game.

“We try to learn, now it is a new competition.”