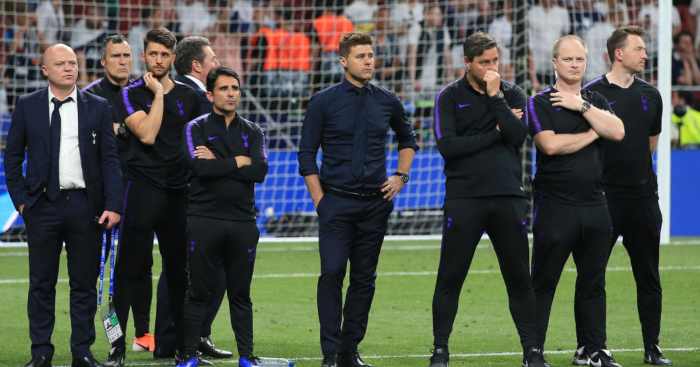 Mauricio Pochettino was “upset” by the celebrations that followed Tottenham’s Champions League final defeat to Liverpool last season, according to reports.

The Argentinian boss ushered Spurs into a new stadium with a fantastic campaign, culminating in a Champions League final appearance against Liverpool, who finished 26 points ahead of them in the Premier League.

A first-half penalty from Mohamed Salah and a late Divock Origi strike wrapped it up near the end as the Reds won 2-0 in Madrid in June.

And The Sun claims that the defeat ‘hurt Poch more than he has ever let on’ despite overseeing a fantastic season.

Pochettino saw that fixture as the ‘culmination of five years’ hard graft’ and he felt he had nothing to show for all that hard work.

The report adds that he was ‘upset’ at the way Tottenham‘s ‘top brass’ celebrated the club’s success at the post-Champions League final banquet.

The Sun claims they ‘drank and sang and toasted their success until the early hours’.