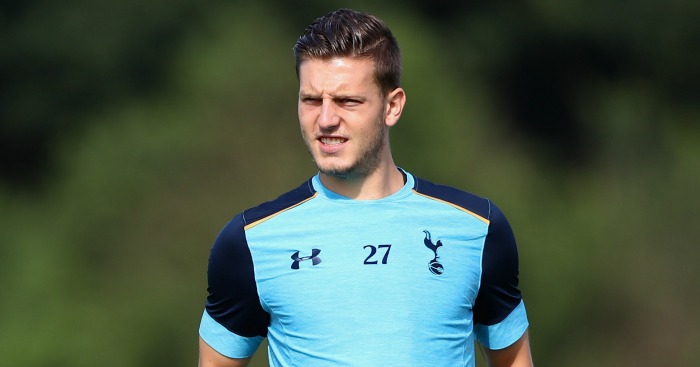 Tottenham manager Mauricio Pochettino is adamant Kevin Wimmer remains in his plans despite leaving the defender out of his squad to face Bayer Leverkusen.

Wimmer did not even make the bench as Spurs drew 0-0 at the BayArena to remain second in Champions League Group E.

Instead, Pochettino chose Eric Dier to replace the injured Toby Alderweireld at centre half and 18-year-old Cameron Carter-Vickers was named on the bench.

Wimmer impressed last season when given a run of games while Jan Vertonghen was out injured but the Austrian has been all-but ignored so far this term, making just one appearance against Gillingham in the EFL Cup.

“Why are you confused? You are creating an issue that doesn’t exist,” Pochettino said.

“You say it’s a big problem for the supporters and media are very concerned. His situation was (he was) out of the 18 players. I need to take a decision about that.

“When I put him on the bench, another player needs to be put out. Tell me which player you’d switch with him?”

It means Wimmer is effectively now fifth-choice centre-back at Tottenham and he admitted during the international break this has been a “difficult” period for him.

Dier and Carter-Vickers appear to be the preferred back-ups for Alderweireld on the right side of central defence while on the left behind Vertonghen, Ben Davies offers cover both at left-back and in the centre.

“I’m the manager and I always need to find balance on the bench,” Pochettino said.

“Ben Davies can play as a centre-back or as a full-back. I need another right, not another left. If something happens with Dier or (Kieran) Trippier, I need a right foot.

“So the decision is to give balance to the bench and the team if something happens.”

Tottenham had Hugo Lloris to thank for taking a point away from Germany after the Frenchman made a superb save to deny Leverkusen’s Javier Hernandez in the second half.

The stalemate leaves Spurs second in the group, one point off Monaco, with two home games still to come.