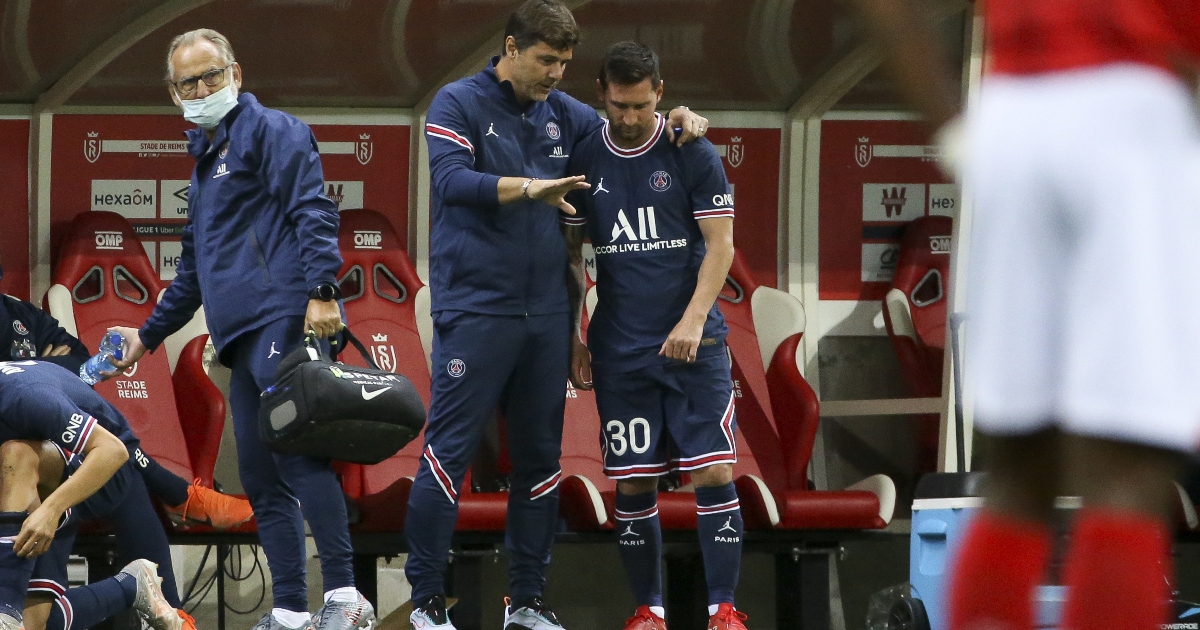 Paris Saint-Germain boss Mauricio Pochettino has admitted he did not think it would be possible to sign Lionel Messi this summer.

Messi left Barcelona after 19 years at the Catalan club, for whom he scored 672 times in 778 games.

And it was a surprise to most when he became available on a free transfer this summer due to Barca’s financial troubles.

Pochettino was amongst those shocked to see Messi on the market, but PSG acted fast and swiftly signed the Argentinian superstar.

“I may not be the most appropriate person to describe him [Messi]. There are many more people who have a wider vocabulary to describe him closer to the reality Leo deserves,” he told UEFA’s official website.

“He will always be considered among the best in the world. Since he arrived, he has really adapted very quickly and he’s been training very well, trying to achieve his highest level as soon as possible to compete at his best.

“I didn’t think it was possible [to sign him], and when an opportunity appears and everything goes so fast, you can’t immediately process it.

“However, there’s that connection: we both are Argentinian, we both support Newell’s [Old Boys], we both come from Rosario.

“I have also admired him for a long time when facing him as an opponent, so having him now training with us is really nice. We hope that, together, we will be able to achieve what the club desires.”

The Parisiens are in Group A alongside Brugge, RB Leipzig and Manchester City.

Their ties against Man City are due to be played on September 28 and November 24.

Elsewhere, ex-Chelsea midfielder Joe Cole has suggested that he “would be stunned” if “at least” two English teams do not reach the Champions League semi-finals.

“I would be stunned if we don’t get at least two teams in the semi-finals, possibly three and maybe even four. I just think we are so much stronger than the other leagues,” Cole told the Daily Mail.

“The best thing for English football now is that we had a 10-year lull when none of our top players were competing at Champions League level, from 2000 to 2010, now you look at Man City, Liverpool, Chelsea, Manchester United, their teams are full of English players. That’s why we’re so unbelievable.”