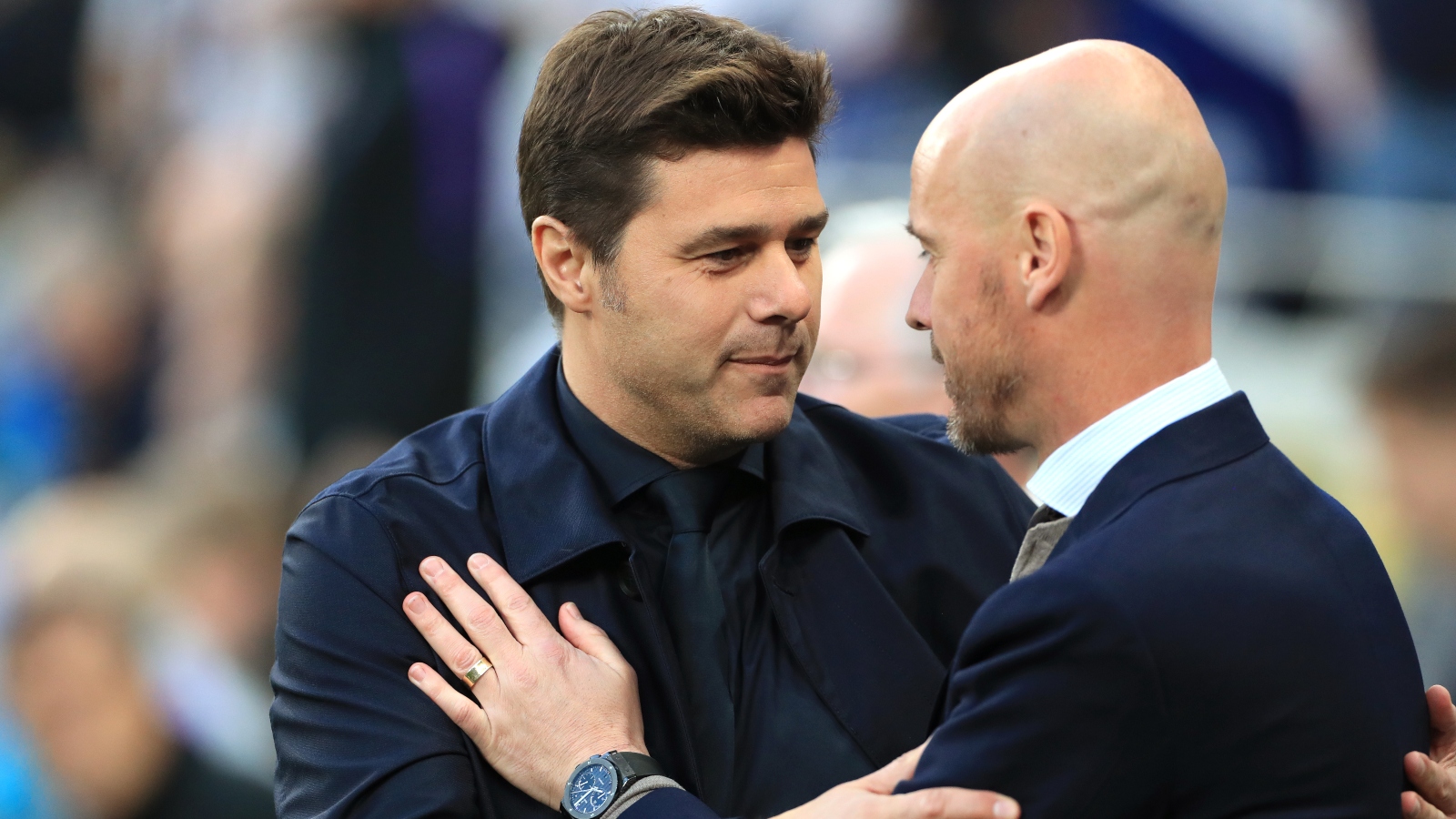 Mauricio Pochettino’s camp now believe that Erik Ten Hag is in pole position to land the Man Utd job, according to reports.

The Red Devils are looking for a new permanent manager this summer with Ralf Rangnick set to move into a consultancy role at the end of the season.

Pochettino and Ten Hag have been the favourites to take over from the German for months now and reports are claiming that the interview process is now under way.

Man Utd’s five midfield targets: the cases for and against

The Daily Mail insists that Man Utd are ‘urging caution over the Ten Hag speculation’ with sources telling the newspaper ‘that a research process overseen by football director John Murtough and technical director Darren Fletcher was only completed at the start of this month, allowing initial conversations with candidates to get under way which have now evolved into formal interviews’.

Thomas Tuchel, Julen Lopetegui and Luis Enrique have all been linked with the position with Man Utd ‘talking to a number of candidates’ about the role.

Pochettino has been the main favourite to land the Man Utd job alongside Ten Hag but now the Daily Mail adds that ‘there is a growing suspicion in the Argentine’s camp that the job is now Ten Hag’s to lose’.

The expectation at Ajax ‘is that their coach will leave at the end of this campaign and could move to England’ after a successful period at the Johan Cruyff Arena.

Phillips told Football Insider: “I think there are so many options out there for Man United, whoever they decide to go for.

“With the situation at Chelsea now, if Manchester United have any opportunity or any sniff that they could get Tuchel in at Old Trafford, if there’s a chance I think you’d be daft not to do it.

“With his pedigree, with what he’s done and achieved, I think it would be a really good fit. Maybe they can take slight advantage with what’s going on at Chelsea.

“He’s certainly got to be on their list. Man United are one of the biggest clubs in the world. I’ve always said their next appointment has to be right.

“It has to be right to take them on their next journey to the next level to start competing.”