Home All The News Pochettino: ‘Blame us, not Wembley’ 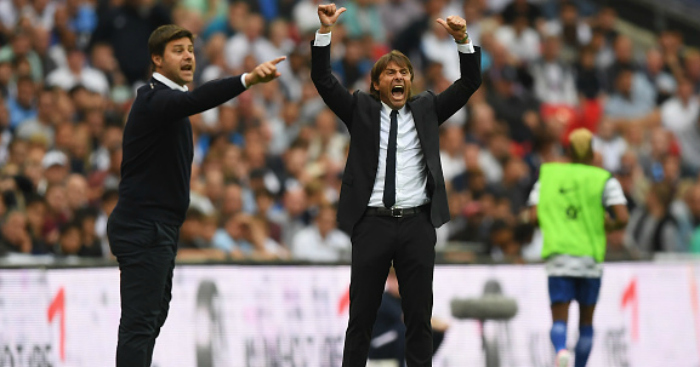 Mauricio Pochettino was keen to take the blame for his side’s 2-1 loss to Chelsea on Sunday, and wouldn’t allow the excuse of playing at Wembley to be used.

A Marcos Alonso double was enough to mean Michy Batshuayi’s own goal in the 82nd minute mattered for little in the end.

“I am disappointed because I think we deserved more,” Pochettino said post-match.

“Our performance was good. I am happy with the performance. We played a good game, created more chances.

“But they were clinical in front of goal. They shot twice and scored twice. For us, it was difficult to score.”

Pochettino wanted to make it clear that although there will be ‘talk’, his team are not fazed by playing at England’s national stadium, and will not pin the blame on defeat on anybody other than themselves.

“It doesn’t affect me. I understand that we need to talk, everyone needs to talk… but I think the ‘Wembley effect’ is not the reason we lost the game.

“I think today it was clear — if you love football and watch football, you will see that Wembley was not the problem. The size of the pitch? We played better and created chances to score.

“But that’s football. We have to accept they were more clinical than us in front of goal. The opportunities we created we didn’t score.