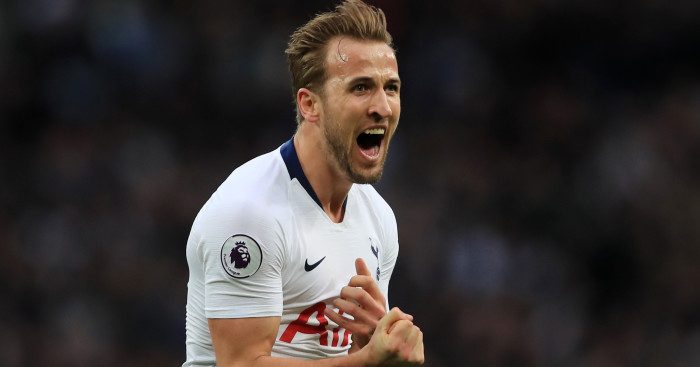 Tottenham are “happy” with Harry Kane’s recovery from an ankle injury, but boss Mauricio Pochettino does not know whether it is ahead of schedule.

The England captain was ruled out until early March after sustaining ligament damage in the 1-0 defeat to Manchester United on January 13 – the third season in a row he has suffered such a problem.

But Kane, who is known to return from injuries before anticipated, has raised hopes after posting a video of himself on social media doing significant exercises on the joint.

Whether that means he will return before March remains to be seen and Pochettino is not putting a timescale on it.

He said: “I cannot tell you if he is ahead of schedule or not. We assess him day-by-day.

“He is showing on his social media that he looks strong and very fit and very well, running and doing exercises.

“You know him very well, he is very strong and is a guy that puts 200 per cent in to be back as soon as possible.

“You know him, Harry would want to play tomorrow. We will see, because at the end we had experience with him, the most important thing is that he’s strong, the physical condition is so important and to keep fit and try to arrive at the moment he feels he is going to be strong and going to feel again the possibility to compete.

“For me now, (my job) is not to put some time (schedule) on him to be involved with the team because the most important thing now is to be focused on trying to recover as soon as possible and feel OK.”

Kane is joined on the sidelines by another high-profile injury victim Dele Alli and they, along with Ben Davies, will miss Saturday’s visit of Newcastle.

Spurs, who will assess Son Heung-min after his midweek exertions on his first game back from international duty, will climb into second place and four points behind leaders Liverpool, albeit temporarily, if they win the lunchtime kick-off.

Pochettino, whose side failed to add to their squad for the second transfer window running, is daring to dream of overhauling Liverpool and Manchester City, though applied his usual cautionary note.

“Reality – if you see the table of course we are there. A lot can happen and there are a lot of games to play.