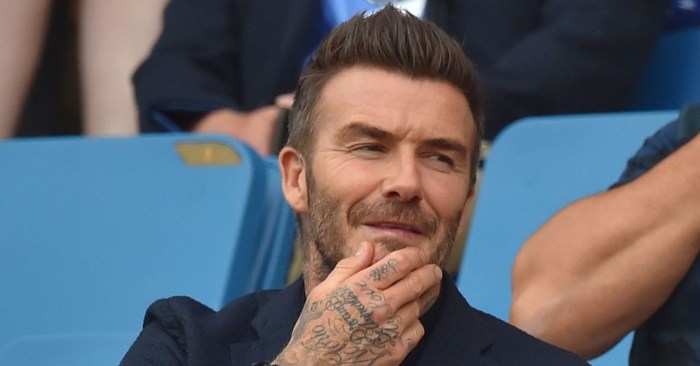 Tottenham manager Mauricio Pochettino challenged his players to perform and be focused on a consistent basis after the 4-0 win over Crystal Palace and revealed David Beckham wishes he could play for this team.

The former England captain watched on from the stands as Spurs tore the visitors apart with Son Heung-min netting a first-half brace in the Premier League fixture.

Patrick van Aanholt also put through his own net while Erik Lamela wrapped up a 32-minute scoring spree before the break at Tottenham Hotspur Stadium.

With the European transfer window now shut and no more distractions for his players, Pochettino wants to see more displays of this manner, especially in their new stadium.

He said: “We haven’t played too many games here. Our first game was against Palace then we played a few games more, some in the Champions League, now three in the Premier League this season. Still, it’s all new.

“I think it’s an amazing stadium. I was talking to David Beckham just now and he said ‘I wish I could still play football and play now for Tottenham because this stadium is amazing’.

“For us it’s so important to make our stadium our home and start to feel comfortable. It’s completely different to White Hart Lane and of course I think with time we are going to feel at home and it’s going to be difficult for opponents to beat us.”