Home All The News Pochettino declares his love for ‘sarcastic’ Mourinho 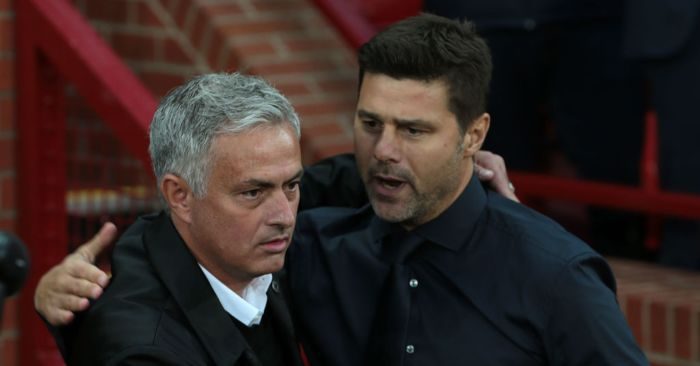 Mauricio Pochettino has declared his “love” for former Manchester United boss Jose Mourinho after he tipped Tottenham to challenge for the Premier League title.

Mourinho claimed Tottenham are one of the sides capable of beating City to the Premier League title this season.

“We all know he is so clever, he is so sarcastic sometimes, that is why the is one of the best managers in the world.

“I respect his opinion. I am grateful, too, because a coach like Mourinho believing in our potential to be a contender is important.

“We have our belief and our faith in us, but that compliment helps us to believe that little bit more, of course.”