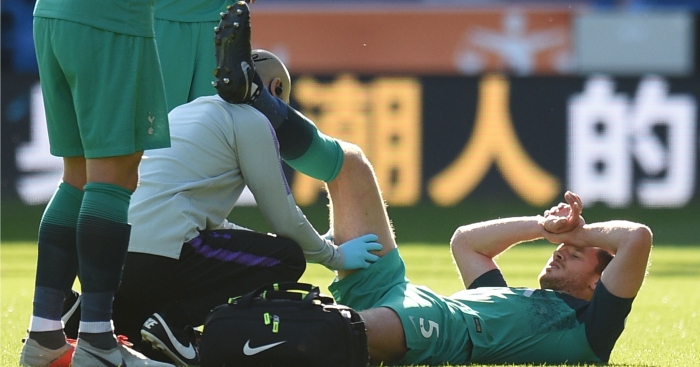 Tottenham boss Mauricio Pochettino expects to be without defender Jan Vertonghen for a significant period.

Vertonghen missed out on the Belgium squad announced on Friday after suffering a hamstring problem in Spurs’ win over Huddersfield.

“We’ll see. It was not a good injury,” Pochettino said.

“We’re so disappointed with that. We’ll see if it’s six weeks or less.”

An update on Vertonghen’s injury was disclosed earlier on Friday by Belgium boss Roberto Martinez, who said the defender would miss the next October and November international breaks.

However, Spurs say Vertonghen faces a further scan on Monday to determine the full extent of the injury.

“We hope as soon as possible it can be fixed but we cannot guess,” Pochettino said.

Vertonghen sustained the injury in a challenge with Laurent Depoitre but played on until half-time, not realising the severity of the issue.

Serge Aurier (thigh) is also still out, but back-up goalkeeper Michel Vorm has returned to training following a knee problem.