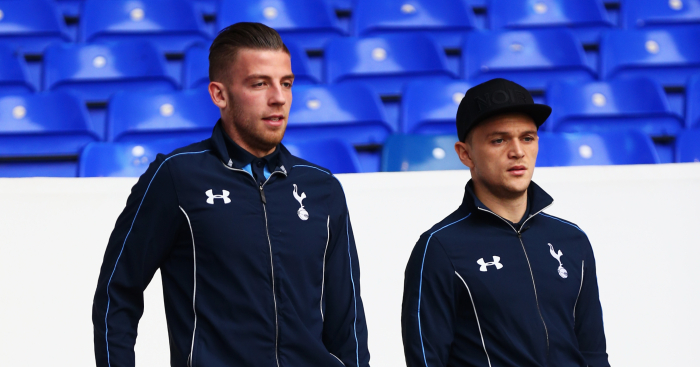 Mauricio Pochettino has explained why Toby Alderweireld and Kieran Trippier have been left out of Tottenham’s squad to face Inter Milan.

Tottenham open their Champions League campaign against the Serie A giants on Tuesday.

The north London side travel to the San Siro in poor form, having lost two Premier League games on the bounce. They were awful on Saturday.

They will hope to kickstart their season with victory in Europe, but must do so without both Alderweireld and Trippier.

The defensive pair did not travel to Italy, having been left out of the matchday squad due to what Pochettino describes as “a technical decision”.

“You cannot bring 25 players. You can only play 11 players with seven on the bench. That is the reason.

“You are clever enough to try to understand. This is my fifth season, I never punish players because you win or lose.

“It’s the plan. The plan is keep them (in London) and use different players to play tomorrow.

“There’s nothing behind the decision. It’s only that we’re going to play with different players tomorrow.

“Like when you play with Toby or Kieran, it’s another player out. The best position is to play with different players.”