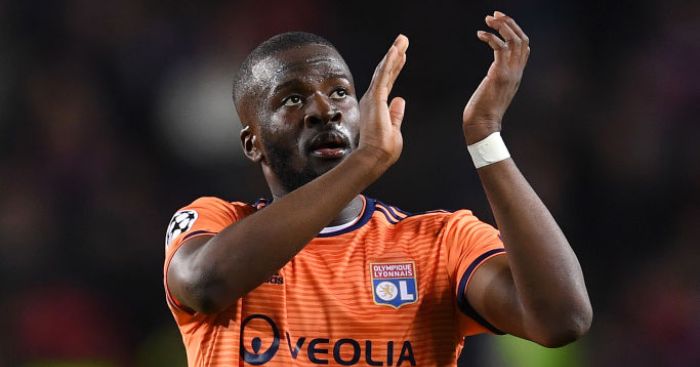 Mauricio Pochettino persuaded Tanguy Ndombele to join Tottenham by telling him to retain his best attributes in north London.

Ndombele completed a club-record move to Tottenham on Tuesday, joining from Lyon for £53.7m.

It is a major coup for the Champions League runners-up, a signing finally befitting their status as a big club.

Juventus and Manchester United were both thought to be interested in Ndombele at separate points, but Pochettino and Tottenham chairman Daniel Levy ensured the player would not have his head turned.

As early as June, Pochettino held talks with the 22-year-old in an attempt to persuade him to join.

French newspaper L’Equipe claim the manager told Ndombele: “I know that it is going to be difficult but I want to keep you as the Tanguy that you are. The Tanguy who pushes on, who breaks the lines.”

They also report that Ndombele did not expect the move to go through so soon, and that ‘he embarked to London’ this week ‘without taking specific clothes for the official photo’.

But after holding intense negotiations with Lyon president Jean-Michel Aulas at the weekend, Levy thrashed out contractual details with Ndombele’s agents at the start of the week.

Within hours of discussions starting, Levy is said to have told the player that “you are not leaving here without having signed with us”. He is also claimed to have been negotiating a deal for Giovani Lo Celso at the same time, which is damn impressive.

By Tuesday, and with neither side making much of a compromise, ‘all parties began to build a consensus’ about Ndombele becoming Tottenham’s highest-paid player.