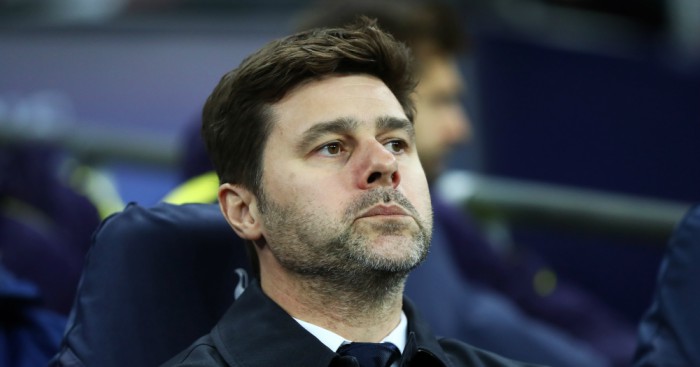 Manager Mauricio Pochettino believes Tottenham have acted on his call to be “brave and take risks” despite becoming the first Premier League side in history not to make a signing in the summer transfer window.

Spurs failed to do any business – either incomings or outgoings – during the summer and they will begin the new campaign with the same squad that finished last season.

It was at the end of the last campaign that, after guiding Spurs to a third successive top three finish, Pochettino challenged Daniel Levy to match his own ambition.

Most people took that to mean the Argentinian, who signed a new five-year contract after issuing his apparent ultimatum, wanted financial backing to bring new players in, but that has not materialised.

What Spurs have done is tie down a number of their key men, such as Harry Kane, Son Heung-Min and Davinson Sanchez to new deals – with more expected to follow suit.

Pochettino insists that to keep his best players when the club are spending £1billion on a new stadium and redeveloping their training ground is being brave.

“What the club is doing is showing it is so brave,” he offered. “Building a new training ground, finishing this summer the lodge was a massive investment.

“Building a stadium that is nearly £1bn. That is true, don’t believe in £400m, that is the truth. And then with Brexit it is worse because the cost is 30 per cent more, and then keep the best players.

“For me [that] is to be brave. Of course maybe in the mind of everyone they will say, ‘Oh Tottenham didn’t sign’, but to sign for the sake of signing?

“You need to respect all the opinions but of course we are a club that our decision was not to sign, (even though) it is the fashion to sign or because we are the only club in Europe that has not signed players.