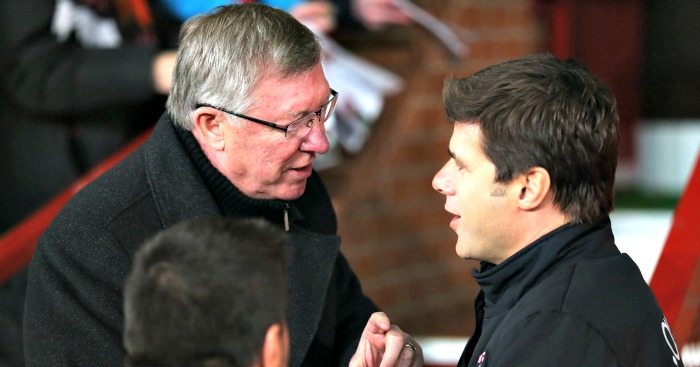 Mauricio Pochettino has responded to claims that Sir Alex Ferguson named him the best manager in the Premier League.

Pochettino was unmoved after being asked of his thoughts, with the Spurs manager having been linked with Manchester United on Tuesday.

Labour MP for Tottenham, David Lammy, told The Spurs Show podcast earlier this week: “About six weeks ago, I sat next to Sir Alex Ferguson at a dinner in support of grassroots football abroad. He said to me, ‘I think you guys have got the best manager in the Premier League’. Alex Ferguson said that.”

Spurs face Manchester City at the Etihad Stadium on Sunday, with the North London side in second, one point above their opponents.

With Arsenal hosting Leicester on the same day, at least one other Premier League title contender will drop points at the weekend, but Pochettino is concentrating only on his side.

“It is not important for us, we need to focus on our game,” he said. “After Sunday, if different results happen nothing changes because there are still a lot of games to be played.

“We need to try to improve and take the three points against Man City. That is the most important thing.”

Asked whether reports that the club are close to agreeing a new deal for Christian Eriksen are true, Pochettino replied: “They are just rumours. My policy is not to talk about this.”