Home Tottenham Hotspur Pochettino: ‘Gut’ feeling is Kane could be fit for final 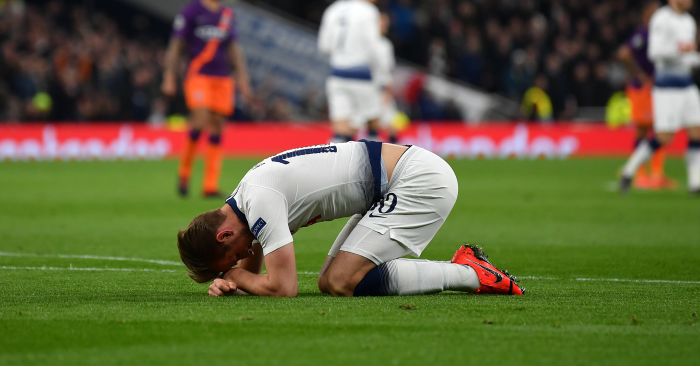 Tottenham manager Mauricio Pochettino hopes Harry Kane will be fit if his side can reach the Champions League final.

Kane is in rehabilitation after suffering “significant” ligament damage in his right ankle during Spurs’ quarter-final first-leg win over Manchester City in early April and he is not expected to feature again in the regular campaign.

But if Pochettino’s side can advance past Ajax in the last-four of the Champions League, the first leg of which comes next week following Saturday’s visit of West Ham, then the boss has not given up hope that his star striker will be fit for the Madrid showpiece on June 1.

Spurs have been very coy about his expected recovery, refusing to put a timeframe on it, while the England captain has the happy knack of coming back much earlier than expected from previous similar injuries.

Asked whether he would be fit for the Champions League final should Spurs make it, Pochettino replied: “I hope, yes. I think he’s doing well but you know, today, I cannot guess.

“He can be available before or after. That is going to depend on his rehab.

“Now he is in a very good period that is going forward quick but always the last moment is the most difficult situation – to take the decision to play or not.

“You cannot guess today. If you said to me today, my gut is maybe he can be available, because I know Harry Kane, the determination to work and to be focused and recover as soon as possible but I am not a doctor. This is only my gut.”

Kane will be doing everything he can to get back to fitness regardless of Spurs’ European adventure as England are involved in the UEFA Nations League.

But the prospect of helping Spurs to glory will be another huge motivational factor, having missed one of the club’s most memorable nights in their recent history when they completed the job against City last week.

Kane posted his celebratory scenes on social media just after full-time, but Pochettino knows that would not have been the same for him.

“He’s very motivated,” the Argentinian added. “Of course, we were talking before, the players are sad because to arrive in this moment and be injured and not be part of the squad.

“They are part of the success but not to be involved in the games, to live this experience, always it’s tough for the players – to watch from your home.

“Of course he was happy and the other [injured] players were so happy but it’s not the same as being there, living the experience.”