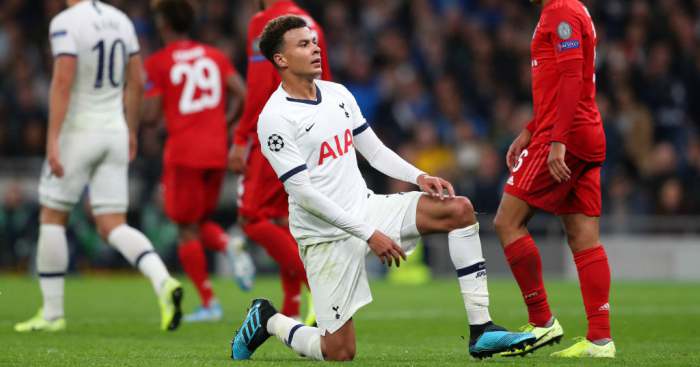 Mauricio Pochettino thinks Dele Alli “needs time” to bounce back from his current spell of poor form but the Tottenham boss is backing him to “recover”.

Gareth Southgate left Alli out of the England squad for the Euro 2020 qualifiers against Czech Republic and Bulgaria with him only managing four appearances this term.

Injury has meant the attacking midfielder has only just returned for Spurs but his display against Bayern Munich in the Champions League was criticised by some.

On Alli‘s form, Pochettino said: “Football is about form and about having not so good periods at times as well. Dele needs time to recover from this.

“Maybe it was not his best performance but we are going to help him and provide all the tools and the platform for him to recover his best way to play.

“There is no doubt he will recover. He is in a tough period but we need him because he is a very important player for us. With time we will recover the best Dele Alli.”