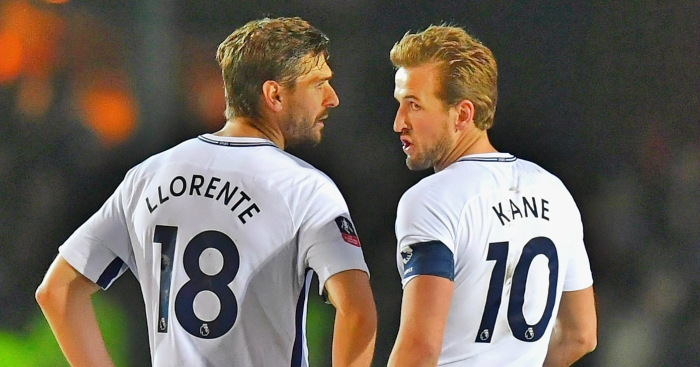 Mauricio Pochettino says that “there is not too much to say” with regards to Tottenham’s £25million move for Lucas Moura.

Tottenham are expected to complete the signing of Lucas before the transfer deadline at midnight on Wednesday evening.

The north London side have agreed a reported £25m fee with Paris Saint-Germain, and Lucas has flown in for a medical and to discuss personal terms.

“I saw him on your channel but there is not too much to say,” Pochettino said when asked by Sky Sports whether there was an update.

“The club is going to communicate when something happens.”

The manager was also asked about Fernando Llorente, who has again been linked with Chelsea.

The striker has struggled since joining from Swansea in the summer, but he remains part of Pochettino’s plans.

“That is another rumour. Fernando is our player. I don’t know nothing about that. I cannot speak about rumours.

“He played the last game against Newport. He’s one player in the squad, like different players. He’s in our plans.”

Pochettino also flat out rejected any talk of Vincent Janssen returning early from his loan at Fenerbahce.

“When is he coming back? No, he’s not coming back. He’s injured,” he said. “Maybe you know better than me? But I don’t see him since the summer.