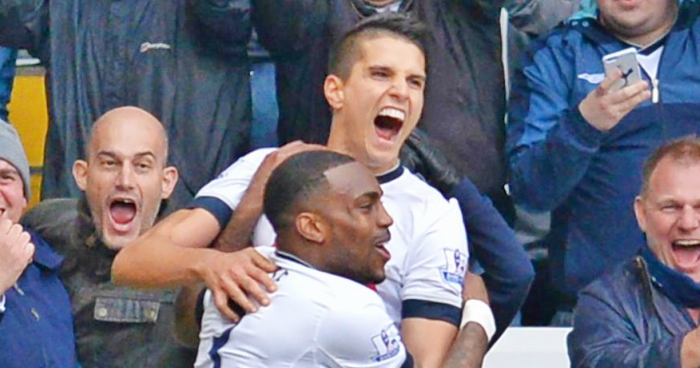 Rose is set to make his first Tottenham start in almost nine months in the Carabao Cup against West Ham but Pochettino admitted Lamela is still not ready to return, despite hopes the winger would feature at Wembley.

Rose came on for the last 10 minutes of Tottenham’s Champions League draw with Real Madrid last week but his appearance off the bench was partly forced due to injuries elsewhere.

The England left-back has been out with a knee problem that required surgery in May and has not started a game since playing against Sunderland on January 31.

Asked at his pre-match press conference if Rose could be in the line-up to face West Ham, Pochettino said: “Yes, we need to wait until tomorrow. But in my head maybe there is a possibility for him to start the game tomorrow, yes.”

The news regarding Lamela, however, was less positive. Lamela last played against Liverpool, also in the League Cup, on October 25 last year before suffering a hip injury in training.

“Erik is not on the list, he is doing well but he is not available,” Pochettino said.

“I don’t know how close (he is). After nearly one year out, I cannot say tomorrow, one week or one month.”

Mousa Dembele is back in training after also struggling with a hip injury but the Belgian is unlikely to be risked, with a visit to Manchester United in the Premier League to come on Saturday.

Harry Kane will also be rested, meaning a rare start for Fernando Llorente up front, while Michel Vorm will replace Hugo Lloris in goal. Victor Wanyama remains sidelined with a knee problem.