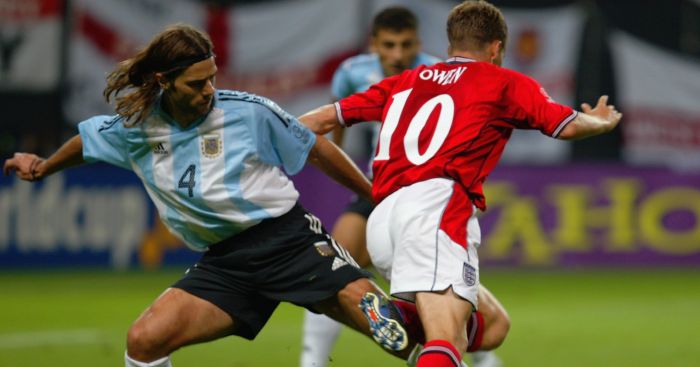 Tottenham manager Mauricio Pochettino will not caution Dele Alli against diving and has recalled the moment Michael Owen “dived” at the 2002 World Cup.

Alli courted controversy for his theatrical fall that won Spurs a first-half penalty in their 5-0 thrashing of Swansea on Saturday.

The midfielder nicked the ball ahead of Swans defender Kyle Naughton in the area before tumbling to the ground but any contact appeared minimal. Harry Kane converted the spot-kick.

It is not the first time Alli has been criticised for winning dubious fouls but Pochettino has no intention of reprimanding the talented 20-year-old.

“It’s too difficult to work like that. Dele is how he is. I didn’t talk with him and I need to speak with him to know what happened in that situation.

“Maybe he will say, ‘OK I fell down but I didn’t mean to dive but the referee believed it was a penalty’, or it wasn’t his intention, but it’s difficult now.”

Diving was once associated more with foreign players but Pochettino smiled when recalling his foul on Michael Owen at the 2002 World Cup, which gave England a penalty against Argentina.

Owen toppled over Pochettino’s dangling left leg but while referee Pierluigi Collina pointed to the spot, replays showed he had not touched the striker.

“It was 15 years ago when Owen dived,” Pochettino said.

“Don’t believe that English football is fair play always because Owen jumped like he was in a swimming pool. Come on. I didn’t touch him. I promise you. It’s true.

“I think today football is more global. England is more like European football. Now we have the influence of the Latin people that try to cheat always.

Pochettino explained how when he came through the ranks at Newell’s Old Boys in Argentina they even used to practice diving in training.

Some of the key stats behind @HKane's Man of the Match display yesterday… #COYS pic.twitter.com/nfKvRWKcna

Kane took full advantage of Alli’s antics at White Hart Lane by converting the penalty and he then added a second after half-time to take his personal tally to seven league goals for the season.

It completed a special week for Kane, who extended his contract until 2022 on Thursday, and the striker believes anything is possible for this young Spurs squad. They sit fifth in the table, three points behind fourth-placed Manchester City.

“Premier Leagues, Champions Leagues – we’ve got to aim high, we have everything in the right place. You see the stadium being built every time we come here, little by little, it’s exciting.

“We’ve got everything in place to be one of the top clubs in Europe. That’s the aim, that’s my goal and I’m sure it is the club’s goal too.”

Kane joined Tottenham’s Academy aged 11 and would be happy to stay at his boyhood club for the rest of his career.

“As long as the club’s always progressing and has got a vision and going forward, then I’d love to do that,” Kane said.

“At the moment, that’s the case, so there is no reason for me to move anywhere else.”