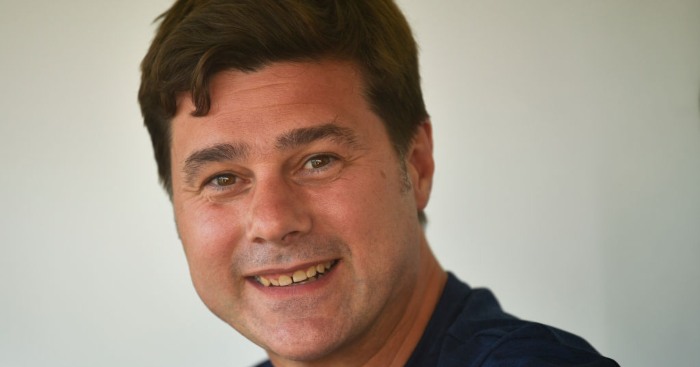 Mauricio Pochettino is expected to become Manchester United boss at the end of the season but wants Ed Woodward to be taken off all football and transfer matters if he is to take the job, according to one journalist.

Pochettino was sacked by Tottenham in November after a poor start to the season, just five months after leading the club to their first Champions League final.

However, the Argentine remains very much a man in demand and continues to be linked with the United hot-seat, while he was even mentioned as a contender for the Barcelona job ahead of their decision to go with Quique Setien as Ernesto Valverde’s replacement.

But it is links with United that remain most prevalent, amid claims the Red Devils could show Solskjaer the door if they fail to qualify for the Champions League again next season.

“What I’ve been told is United have been talking with Pochettino for a few weeks now,” Brown said. “But he doesn’t want the job until the end of the season.”

Solskjaer appears to have overcome a rocky autumn to get back on track with United, though much of his future in the role will depend on how the rest of the season pans out and despite claims senior United stars had pleaded with the club’s owners not to show the Norwegian the door.

However, Brown is adamant Pochettino has been approached and talks have been held.

“I’ve been told by someone who would know, who I trust 100 per cent and who has given me stuff in the past and been bang on so is clearly informed,” he insisted. “They’ve been talking to Pochettino for a few weeks but most likely if anything happens it’ll be at the end of the season.”

Brown also sensationally claimed that he’s been informed that Pochettino has told United he will only take the job if much-maligned executive vice-chairman Woodward is taken off all football and transfer matters at Old Trafford.

“He doesn’t want the job until certain requirements have been met,” Brown commented in reference to the polarised figure that is Woodward.

And Brown said on his Beyond the Pitch podcast: “Pochettino doesn’t have an agent, Ed Woodward can’t be seen to be talking to Pochettino in public, so they designated an individual who will mediate.

“I can’t say who that individual is. He doesn’t want the job until the summer.

“He wants full freedom of first-team matters, including who can be sold. (He) wants Ed Woodward to step away from anything football at all and funds to be made available for purchases.”

Pochettino is yet to comment on the latest speculation linking him to United but did state before Christmas that he was “open” to offers.

“When I say I am open, I am open. I cannot say that I am open but I’m closed to someone,” Pochettino said. “It’s different if you receive an approach and you listen and say yes or no. That’s different.

“But you can’t say that I’m open but on that I am not open. You are open and then you are open. Anything can happen.