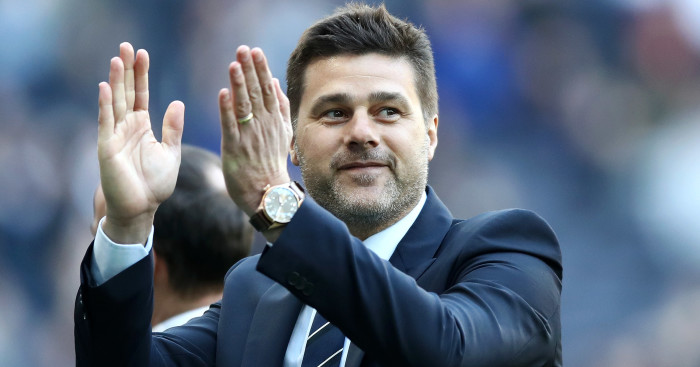 Those of us with no irons in the Premier League fire fantasise about such appointments; the idea of elite managers taking jobs at non-elite clubs is nothing short of exhilarating. Carlo Ancelotti at Everton was an unexpected treat – particularly when Bill Kenwright was petitioning for the dull safety of a David Moyes return – but Mauricio Pochettino at Newcastle would be utterly delicious. An almost universally respected manager linked with Manchester United, Real Madrid and Juventus pulling up outside St James’ Park to instant hero status and the endless potential of a project with no blueprint? Yes please.

Pochettino at PSG would be dull for us and dull for him. The Argentine and Premier League are a perfect fit for a workaholic philosopher who thrives on competition and the restraints of a modern, English club. It took an awful long time for his marriage with Spurs to go stale and the nascent months of Jose Mourinho’s reign have illustrated that the real issues may lie with his ex. There was abundant sympathy at his sacking and fans of most top-flight clubs would have happily packed the bags of their current managers and parachuted Pochettino into the role.

Manchester United would be fascinating but they seem steadfastly committed to their non-elite manager, an idea so seductive that Chelsea and Arsenal followed suit, deciding that the only way to possibly catch Liverpool and Manchester City was via some kind of unexpected magic. Pochettino is too young and too hungry and too restless to wait for United to tire of this game. And how much more challenging, how much more fascinating, how much more Pochettino to take a club from outside the elite and punch at the ceiling above them?

You try not to think about the Newcastle takeover but then you imagine Shearer as director of football with Pochettino as manager.

And if you were to choose such a club, you would choose Newcastle. A club with a rich history of the lowest highs and the highest lows. It is a club that screams potential but has waited so long for success that actually, any incoming success need not be measured in silver but in joy. Rafa Benitez delivered largely miserable football and mid-table aspirations and yet was completely adored. This was a manager who had won trophies across Europe but fell in love with this bruised and battered club. And that was before there was money.

Pundit Craig Burley warned Pochettino not to hurtle too quickly into his next role, citing David Moyes as a manager who “rushed back into a few other jobs, and it went horribly wrong”, but he could not have picked a less appropriate example. Moyes was broken and embarrassed by his nine months at Old Trafford and was on a hari-kiri mission to rescue his reputation in Spain and then in Sunderland. Pochettino might have been exhausted by the end of his five years at Tottenham but his reputation remained intact. He doesn’t need another job but he has the personality and work ethic that craves the challenge clearly on offer at Newcastle if a takeover goes through.

Newcastle would be lucky to have Pochettino but he would also consider himself lucky to have Newcastle; they are surely kindred spirits with their almost-greatness, energy and revolutionary spirit. A fire could be lit in the north east. And we would love to watch it burn from afar.