Home All The News Pochettino on the title: ‘In football, all is possible’ 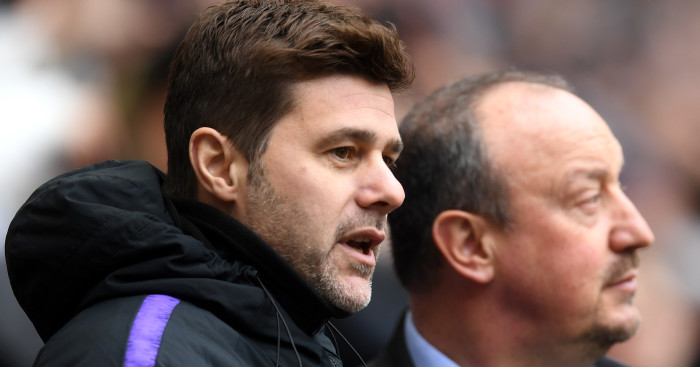 Tottenham manager Mauricio Pochettino believes his side can still be title contenders after their 1-0 win over Newcastle.

Spurs were frustrated not to lead at half-time, with Lucas Moura missing a free header from the centre of the box, before Erik Lamela struck against the woodwork.

The Magpies would come back at their hosts after the break, as Salomon Rondon evened the score by heading against the base of the post.

Ayoze Perez hit a ferocious strike from 20 yards, but Hugo Loris was there to deny Newcastle a 67th minute opener.

Christian Eriksen thought he had put Spurs ahead, but his goal-bound flick was hooked off the line by Fabian Schar.

Son Heung-min would come up with the goods after 83 minutes, as his effort following Fernando Llorente’s chest-down somehow crept under the body of Martin Dubravka.

Speaking to Sky Sports about Spurs’ title chances, Pochettino said: “In football, all is possible. Everything can happen.

“The most important thing is to be ready for next Sunday against Leicester.”

Pochettino felt his side deserved “massive credit” for their efforts, climbing back to second in the table with the defeat of Newcastle.

“We were disappointed because the semi-final of the Carabao Cup and FA Cup against Palace arrived at a very difficult moment, the worst for us with injuries,” he said on Sky Sports.

“We were always positive and fight, but could not go through.

“In the Premier League, with two victories, we are now in a good position, waiting for the Champions League too, which is very exciting and motivates us…(we are) hoping we can recover players.”

“It was a tough game, Newcastle were in a very good moment with a lot of energy.

“I am so happy for the players because it was an effort and showed the character that they have.”