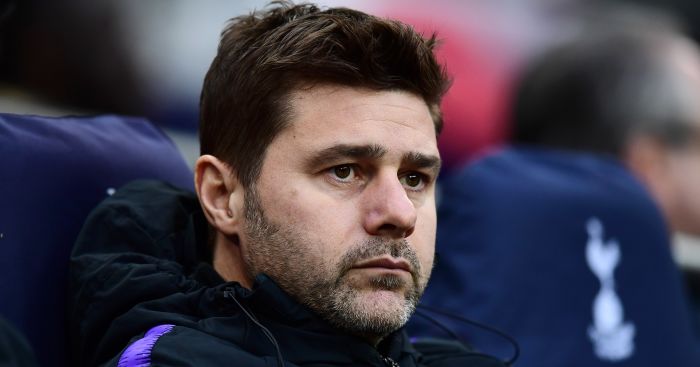 Tottenham boss Mauricio Pochettino knows he has one of the hottest properties in the Premier League on his hands at the moment in the shape of Son Heung-min.

The South Korea international continued his scintillating form with another brace in Boxing Day’s 5-0 romp over Bournemouth at Wembley to take his tally to seven in seven.

It comes hot on the heels of his two goals and two assists in the 6-2 win at Everton and he is one of the form players in the division.

It all stems from a week’s rest he had during the international break in November, where he stayed at Spurs and worked on his fitness after a gruelling summer had cast a shadow over the opening part of the campaign.

After going to the World Cup, he was then selected for South Korea’s Asian Games side in a bid to avoid compulsory national service – a mission which was successful after they won the tournament – but the first few months of the season were sluggish.

Pochettino will be hoping he can get the most out of Son in the next few weeks before he jets off for more international duty in the new year as South Korea compete in the Asian Cup in the United Arab Emirates.

On his form, Pochettino said: “Two words. Un-believable. What can I say, Sonny is doing a fantastic job for the team.

“After November he had a rest and was here trying to recover his best and I think he is doing fantastic.

“He started his fantastic run against Chelsea and until today he is doing a fantastic job for the team.

“I hope he can keep that level but you know in a few weeks he is going to be away from Tottenham because he needs to go with his national team to Dubai to play the Asian Cup.”

Pochettino also had praise for right-back Kyle Walker-Peters, who became the first player this season to provide three assists in one game.

Walker-Peters, who made a high-profile error in the recent Champions League game at Barcelona, set up first-half goals from Christian Eriksen, Son and Lucas Moura.

“It’s no surprise to me,” Pochettino added. “I told you after the match in Barcelona that we really believe in him and he has amazing quality and only needs time to mature and show his quality.

“I’m so pleased, so happy because I think his quality is going to help the team this season and for the future he’s going to be a very important player for Tottenham.”