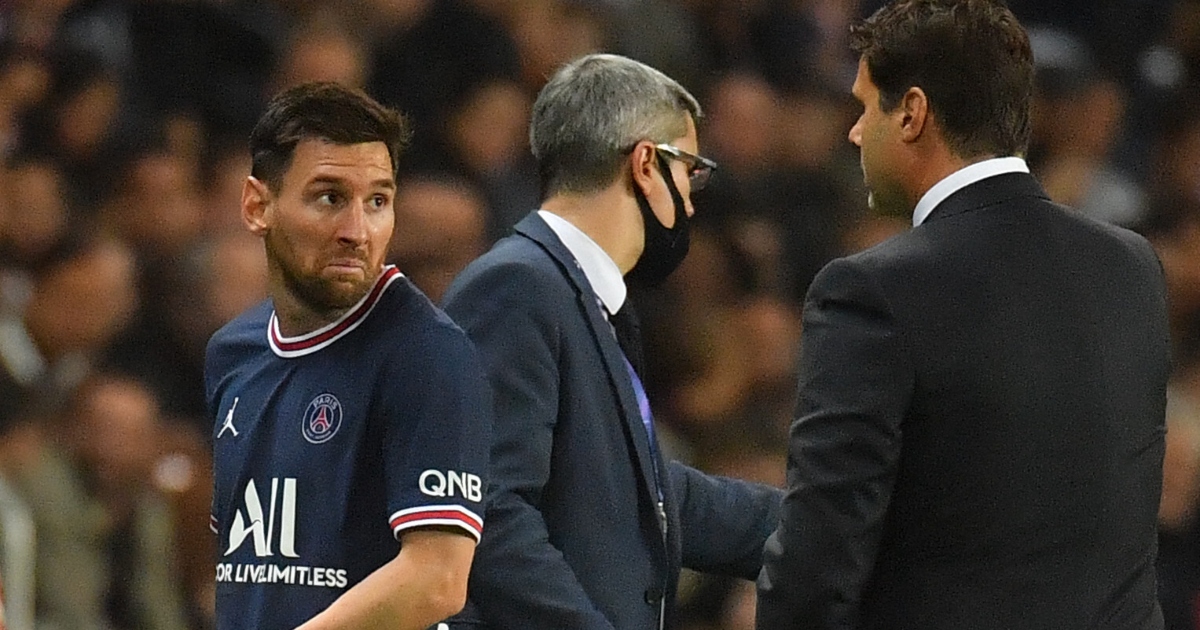 Paris Saint-Germain manager Mauricio Pochettino has denied that there is a rift between himself and Argentinian superstar Lionel Messi.

The 34-year-old was replaced in the second-half against Lyon on Sunday, and he appeared to be unimpressed with Pochettino’s decision.

Mauro Icardi – who was not Messi‘s replacement – came off the bench to score a 93rd minute winner in the match.

And it has been confirmed that Messi has picked up a left knee injury and will miss Wednesday’s match against Metz.

He underwent a scan after the Lyon win which confirmed the damage. There will be a follow-up examination on Thursday.

The ex-Barcelona man now faces a race to be fit for PSG’s Champions League tie against Manchester City next Tuesday.

The French club issued a statement on his situation, which read: “Lionel Messi, who took a knock to his left knee against Lyon, underwent an MRI on Tuesday morning which confirmed signs of bruising of the bone. A follow-up examination will be carried out in 48 hours.”

Messi is yet to score for the Parisiens following his move from the La Liga giants.

And Pochettino has explained why he brought the Argentina international off while chasing a goal against Lyon.

He told a press conference ahead of the Metz encounter: “In order to explain, on the sidelines we observe all the players and everything that is happening during games. We saw that Leo Messi was checking his knee and made some gestures. We saw that when he took a shot.

“In his 75 minutes on the pitch – as I have explained – with all the information that we had, we made the decision to substitute him.”

Messi’s bemused reaction sparked something of a controversy, but the PSG boss added: “Of course all top players want to be on the pitch at all times, that is understandable. I am calm about it.”