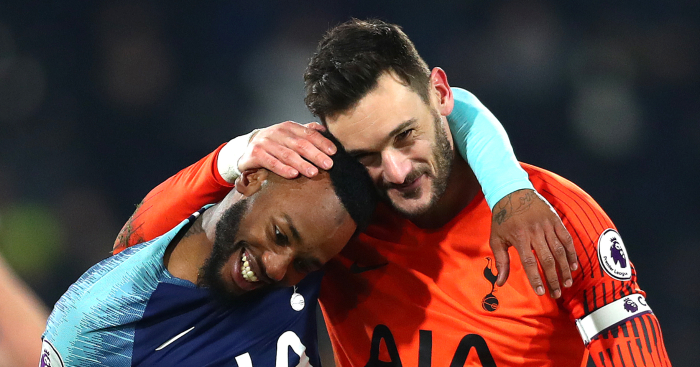 Nkoudou made his first Premier League appearance of the season on Sunday, going on to assist Harry Winks’ stoppage-time winner after being introduced with just four minutes remaining.

Tottenham’s injury crisis has seen the winger welcomed back into the first-team fold as they found a way to overcome numerous obstacles yet again.

Pochettino has suggested that his return to the squad will be a long-term change.

“You know, at the moment, like other players, we struggle with players we have injured and of course he has the possibility to play,” he said.

“If we see the fixtures that we have ahead, we need him and all the players we had today. With all our injuries, with Sonny out, with Dembele out, still Wanyama.

“I think many situations can arrive. I think we need all the players today. Of course he’s disappointed because he didn’t play too much until now, but now if there is the possibility like today and he shows this type of performance – I think the cross was perfect – of course he will have the possibility to play.”

Fernando Llorente was handed the responsibility of replacing Harry Kane at Craven Cottage, although it is not an afternoon he will remember fondly.

His own goal after 17 minutes put Fulham ahead and then he missed two gilt-edged chances to find the net at the right end, the second a header from close range.

Pochettino was still impressed with what was just the Spaniard’s second Premier League start for the club.

“I’m very happy. He fought over 90 minutes, he added his characteristic and quality,” said the Spurs boss.

“He had a few chances to score, he was a little bit unlucky. He’s now tired after 90 minutes in Premier League, but that’s normal.”