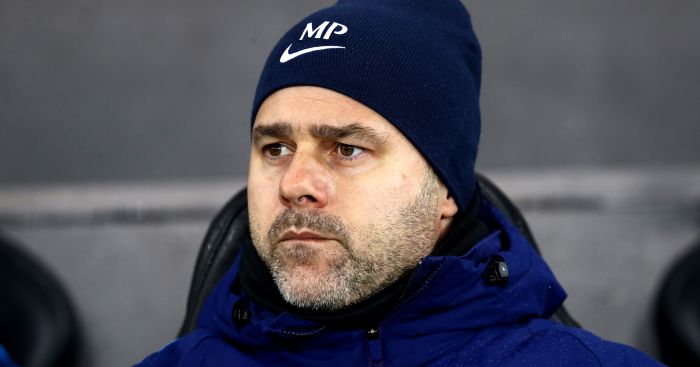 Spurs beat the Swans 2-0 at the Liberty Stadium thanks to a goal from Llorente – when he headed in a Christian Eriksen free-kick – and then a late finish from Dele Alli after Harry Kane played him in with a wonderful pass.

Llorente’s opening goal looked offside and Pochettino said after: “You need luck to score and win, yes. But after 90 minutes I think it’s clear we were better and deserved the points.”

On the game itself, Pochettino added: “The first half was so difficult to play football. The weather was horrible but we dominated and tried to play football. We did enough to go in winning. Overall I think we were better and deserved the three points. I think the effort and the circumstances were tough but I was pleased.

“When you don’t kill games sometimes you pay and one thing can change everything so we were anxious to score the second. It was late in the game but we felt the happiness and the three points was massive. Now we rest and work in the video room because we have another game so soon.”

On Victor Wanyama’s return, the Tottenham boss continued: “It’s important he’s back after a lot of months. It gives us more options to play and he was very important for us last season.

“Sanchez was in a difficult situation. The fans started to put pressure on the referee and the clever thing was to take him off and take away any problem.”