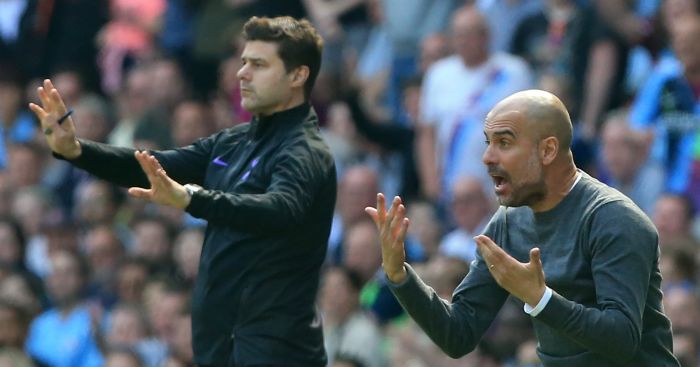 Mauricio Pochettino revealed that Hugo Lloris picked up an injury ahead of Tottenham’s Premier League defeat at Manchester City on Saturday.

The Spurs skipper remained in London instead of returning to the scene of the club’s midweek Champions League glory as Paulo Gazzaniga started in goal for the 1-0 loss.

It is thought that Lloris will be fit for Tuesday’s match against Brighton but the knock was too much of a risk to start against the Etihad.

Pochettino said: “He has suffered a small muscle problem. Hopefully it’s not a big issue and he can be ready for Tuesday. It would be a risk for him to play today and that’s why we decided to leave him in London.”

As for the narrow loss to Pep Guardiola’s men, Pochettino still believes that Spurs are in control of making sure they finish in the top four.

He added: “It is in our hands to be in the top four. We are going to have next two games that will be decisive.

“It will be tough on Tuesday. I feel very proud and I feel we deserved the draw. The man of the match was their goalkeeper.”