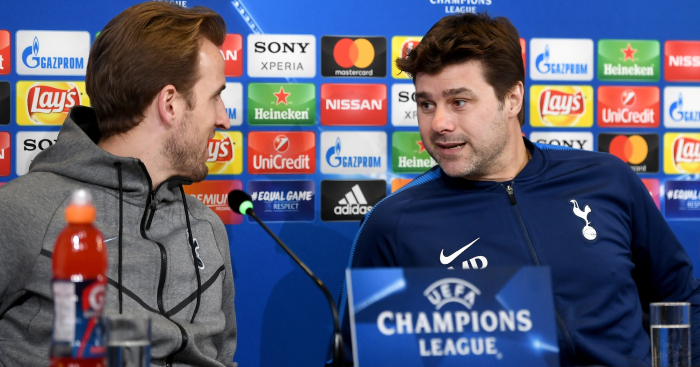 Mauricio Pochettino insists he is “not worried” over suggestions Harry Kane and his Tottenham team-mates are fatigued.

Kane has scored two goals this term after finishing the World Cup as top scorer. But the Spurs striker has appeared off the pace, especially during defeats to Watford a fortnight ago and against Liverpool at Wembley on Saturday.

Alan Shearer reckons the Golden Boot award in Russia is masking bigger problems with Kane’s form and it was put to Pochettino that Kane might benefit from a rest but the Spurs boss dismissed such a notion.

Asked if Kane will start against Inter Milan at the San Siro on Tuesday evening, Pochettino said: “I think we would be crazy to think different. Yes. I don’t know what you expect from me, or what you think my answer should be.

“He’s one of the best strikers in the world. I don’t care that he wasn’t great [against Liverpool]. He’s going to score goals and he’s going to perform in the way we want and we expect. No problem.

“I don’t believe that [fatigue is the problem]. I only believe the situation of the team is more collective than that.

“If you say it’s only Harry, I don’t like it when people point the finger at some players. It’s always collective and we need to help him, to give the ball in a better position for him to be more clear. But it’s a collective thing, not just Harry.

“It’s not a problem. Of course there is a challenge with nine players involved until the end of the World Cup, but I’m not going to complain.

“We provided them with a good rest, 21 days, and they started a few days before the competition started at Newcastle United. We knew that it was a massive challenge for us.

“When you win, you win. When you lose, yes of course you need to talk about different things, but I’m not worried. We are going to win a lot of games. We have trust in the squad. Of course we need to improve, but we’re in a very good way.”