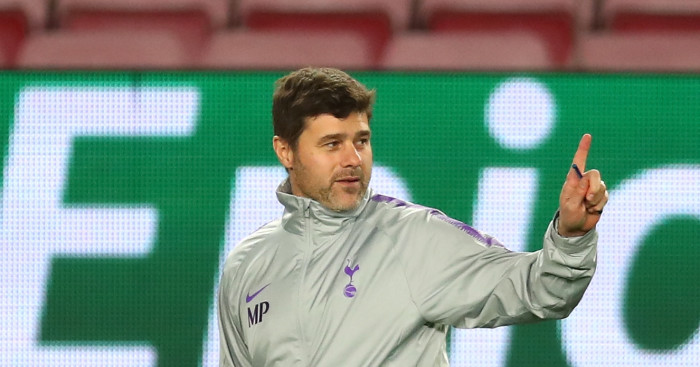 Spurs manager Mauricio Pochettino praised his side for what he dubbed a huge victory in the history of the club, as their 1-1 draw at Barcelona earned them a place in the Champions League last 16.

Things got off to a woeful start for the London club as Ousmane Dembele put the hosts ahead with only seven minutes on the clock.

PSV were able to take the lead against Inter Milan in the group’s other game, meaning Spurs as it stood were through to the knockout stage.

Mauro Icardi soon changed that as he netted an equaliser for Inter, meaning Tottenham were staring at elimination if things remained the same.

With everything on the line, up stepped Lucas Moura to convert from Harry Kane’s cross and send his side through to the final 16.

Speaking to BT Sport, Pochettino said: “The players were fantastic. A massive effort. I am so happy for the fans. A massive massive achievement for the club.

“I am so happy. We suffered because when we finished the game we did not know the result at Inter. It was two very difficult minutes but in the end of course we were so happy. It’s so important for the club.

“I always believed it was possible to win the game. We produced a lot of chances. But after we missed so many we thought maybe it was not our night. We fully deserved to go through with Barcelona. We were the best teams in a difficult group.”