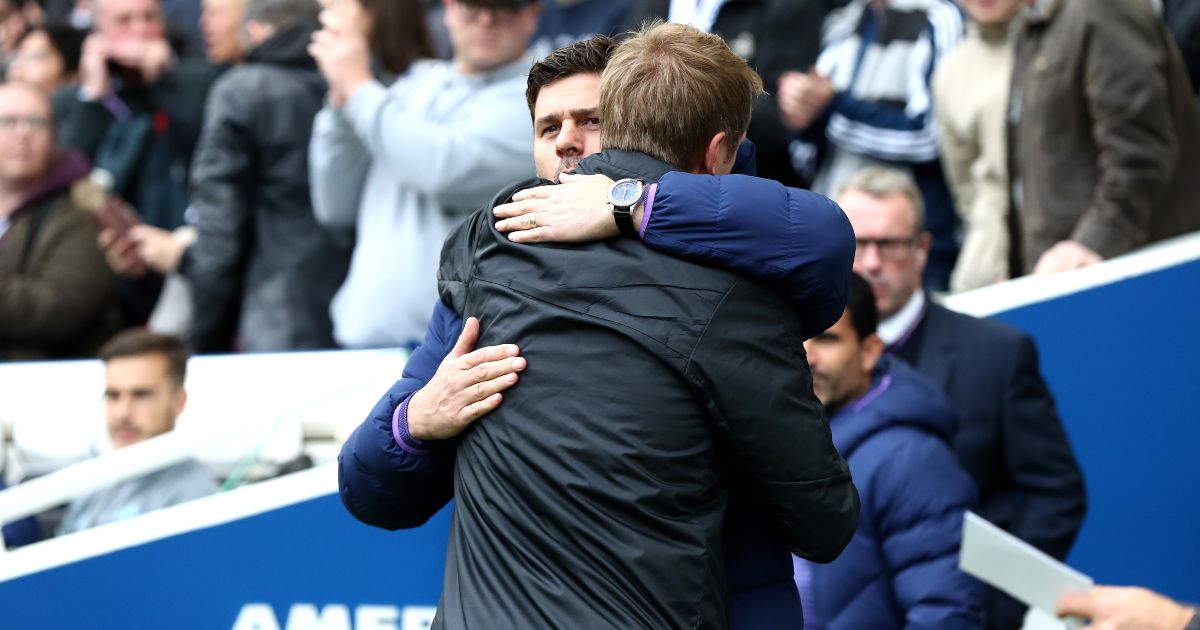 Paris Saint-Germain boss Mauricio Pochettino could still return to Spurs this summer, according to reports.

A report at the beginning of June claimed that Pochettino had told PSG that he wishes to leave this summer after just six months in charge with Tottenham and Real Madrid considering moves.

Pochettino was heavily linked for a week or so with a return to Spurs where he was in charge for five successful yet ultimately trophyless years.

But Daniel Levy’s potential pursuit of Pochettino had to be put on hold with the French side triggering a one-year contract extension in the Argentine’s deal.

However, The Sun now claims that ‘a return could still happen this summer if PSG manage to persuade either former Real Madrid chief Zinedine Zidane or current France coach Didier Deschamps to join them after the Euros.’

There had also been speculation that Brighton boss Graham Potter could be in the frame for the vacant managerial position in north London – but The Sun claimed yesterday that he wouldn’t be interested in the job.

It would cost £15m to lure Potter away from the Seagulls with the Englishman ‘deeply under contract’ at the Amex Stadium.

The Sun adds that ‘sources close to the manager reveal that he would only be tempted to quit the Seagulls if a “top-four” job came up’.

Potter is understood to be ‘willing to wait and enhance his reputation’ with the hope that a club like Manchester City or Liverpool might take a chance on him.

Meanwhile, Micah Richards has said that he is shocked Tottenham and Everton have not tried to bring Italy manager Roberto Mancini back to the Premier League.

“When I watch Italy’s games at this Euros, I wonder why there is not the same buzz around their current manager and why Premier League clubs have not been doing all they can to recruit him,” Richards wrote in the Daily Mail.

“I suspect some people will accuse me of bias when I talk about Roberto Mancini but my relationship with him has got nothing to do with my views.

“You are watching one of the world’s best managers in his prime and it baffles me why, for instance, Tottenham and Everton have not targeted him.”