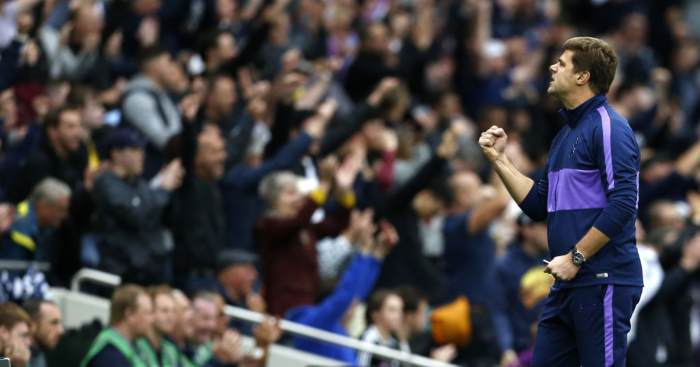 Mauricio Pochettino thinks ten-man Tottenham’s 2-1 victory over Southampton on Saturday proves the players “are all together”.

Pochettino said it would take time to find unity in his squad after a turbulent summer where several players either wanted to leave or thought they were leaving, but they showed promising signs in a rearguard effort.

Tanguy Ndombele’s goal put them in front early on, but after Serge Aurier was sent off just after the half-hour a calamitous error from Hugo Lloris gifted Southampton an equaliser through Danny Ings.

But Harry Kane came to the rescue as he scored a fine team goal, his fifth in the Premier League, to hand Spurs the three points that will go a long way to lifting the gloom at the club.

It was their third win of the season and Pochettino will hope that they can move forward ahead of Tuesday’s Champions League clash with Bayern Munich.

Pochettino told reporters: “A few months ago we played in the Champions League final, not because of luck, it was because we fully deserved to be there.

“We cannot have changed too much in a few months. I feel proud. I was so happy for them, my players, my squad, we have unbelievable players, only we needed to recover the spirit that we showed today.

“The game was fantastic because 1-0 up and Serge sent off and we start to play with 10 men and then we concede a goal 1-1.

“Then we scored with one less and 2-1 and how we fought in the second half against a very good team like Southampton, to keep the clean sheet in 45 minutes I think showed that we have an amazing spirit, we are all together.

“That is the point to start to work and keep going and be consistent in the future.”