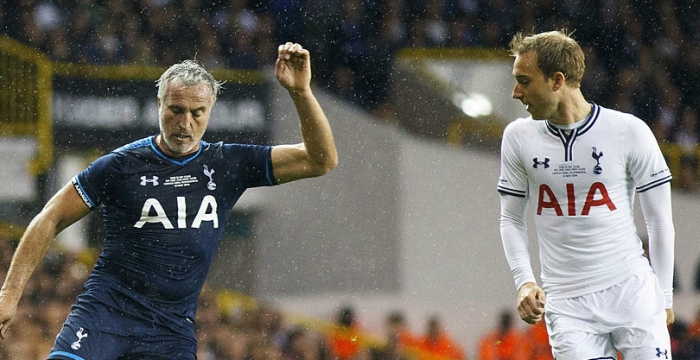 Mauricio Pochettino and Tottenham are looking for a player in the ilk of David Ginola, according to David Ginola.

Spurs slipped to a 2-1 defeat to Leicester on Tuesday, extending their recent Premier League record to just one win in five games.

Rather than marching in, Tottenham are suddenly falling apart, but Ginola says Pochettino knows what kind of player to target in January.

“Tottenham need a mixture of players,” he told talkSPORT.

“They’ve got Harry Kane upfront who can score goals, which is something we know.

“But I spoke with Pochettino the other week and he told me ‘I would like someone like you’.

“Someone who can take the ball from midfield and run with it and create spaces for himself or for others. And this is what he’s searching for right now.

“We know they can defend and the midfield can create so many things as well, but they need some other attitudes going forward upfront.”