Home Tottenham Hotspur Pochettino: Trippier exit nothing to do with me 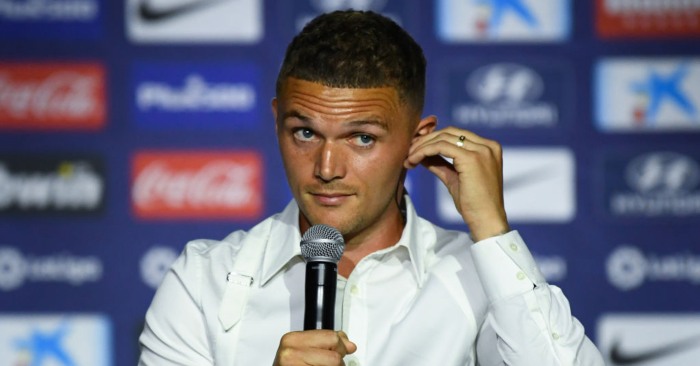 Tottenham boss Mauricio Pochettino has explained that it was not his decision to sell Kieran Trippier to Atletico Madrid.

In a press conference in which he hinted that he would have left the club himself if Spurs had won the Champions League, the Argentine said that Tripper had wanted a new challenge and the club had accepted that wish.

“It’s like Kieran (Trippier, who joined Atletico Madrid) explained to me in private and to the media in Madrid – he loved to be at Tottenham and work with us but at 28, 29, sometimes a player needs to discover need things and new challenges.

“That is inside yourself and it’s only you who knows how you feel – it’s not about agreeing or disagreeing, it’s about accepting how you feel.

“You are an individual, you have (an) individual challenge and you have to accept (it) if all the parts are happy.”

But Pochettino’s focus now is on the future and pre-season preparations continue in Singapore, where Juventus await at the National Stadium on Sunday.

Christian Eriksen trained on his own on Friday following a small procedure and is a doubt for the International Champions Cup clash, but there are bigger questions over the Dane’s future after admitting in the summer that he was considering leaving.

“To be honest, it’s difficult for me to talk about the comments of the player,” Pochettino said. “I wasn’t there and I don’t know.

“To be honest, during my holidays I didn’t want to listen and see the media.

“Christian is here because he expects to play, maybe Sunday against Juventus or against Manchester United.”

One long-serving player has already departed – Trippier – while another looks likely to follow suit after Danny Rose was omitted from the touring squad.

“Danny is still our player and of course for different reasons (Georges-Kevin) Nkoudou and Vincent Janssen they deal with the club with, of course Daniel (Levy, owner) and the agents to take a little bit more time there to fix different problems,” Pochettino added.

“After 10 days after we play Man United and Juventus, when we come back to London if they are, they are going to be in a normal way with the team.

“It was Kieran’s decision. He communicated the day before we travelled here and told me he had accepted an offer from Atletico Madrid and in the end it was the club who communicated with me that they had agreed a deal.

“I wasn’t involved in all this discussion in the last week.”

Will Pochettino now mould Juan Foyth into his full-time right-back.