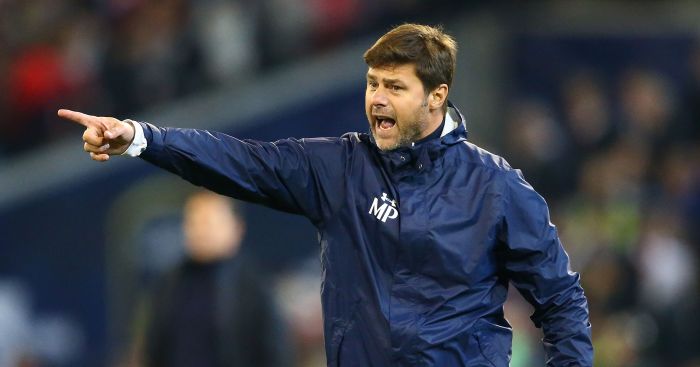 Mauricio Pochettino admits he is “very disappointed” Tottenham’s head of recruitment Paul Mitchell has chosen to quit the club.

Mitchell was lured to White Hart Lane from Pochettino’s former side Southampton in 2014 and arrived with a reputation as one of the game’s sharpest spotters of talent.

The 34-year-old will remain in his post until a departure date is agreed but his exit comes as a blow to Spurs, ahead of their season opener against Everton on Saturday and with three weeks still left of the transfer window.

“I feel very disappointed with his decision. It’s his personal choice,” Pochettino said.

“You know that we have a relationship from Southampton. I’m very disappointed but when someone takes a decision and it’s personal, what can I do?

“He’s still working with us and we still need to finish the three weeks working together and do the best business for the club.”

Tottenham have signed Victor Wanyama and Vincent Janssen already this summer while other players to arrive under Mitchell’s watch include Toby Alderweireld, Son Heung-min, Kevin Wimmer and Kieran Trippier.

Dele Alli was also brought in last summer but the midfielder had been on the club’s radar for some time and it was former Spurs manager David Pleat who was the chief orchestrator in the deal.

“Did I try to persuade Mitchell to stay? I think it’s obvious that happened,” Pochettino said.

“When you take your choice and personal things happen, there’s nothing to do other than respect his decision but carry on working.

“Nothing has changed for the moment, this is most important.”

Tottenham moved early to snap up Wanyama and Janssen, who will provide cover for the suspended Mousa Dembele and Harry Kane respectively, but Pochettino is still keen to complete further business this summer.

“Yes, maybe yes. We are open to add one or two players, or maybe no-one,” Pochettino said.

“If we have the possibility to sign some players that can improve us, then we are open.

“But I think it’s very difficult to find players with this profile because we already have very good players and because of the way we work and our philosophy.”

Tottenham have forked out less than £30million so far, a figure that pales in comparison to the likes of Manchester United, Manchester City and Chelsea, with United’s deal to sign Paul Pogba almost three times that amount alone.

Pochettino believes his rivals’ readiness to splash the cash is a sign of desperation.

“I’m not worried about that,” Pochettino said.

“When you spend a lot of money it’s because you are worried about your squad and desperate to improve it.

“I’m very happy with my players and because of that I’m very quiet and relaxed. I trust my squad 100 per cent.”

Dembele’s suspension means Wanyama could make his debut at Goodison Park on Saturday while Jan Vertonghen is fit, despite injuring his ankle ligaments while playing for Belgium at Euro 2016.