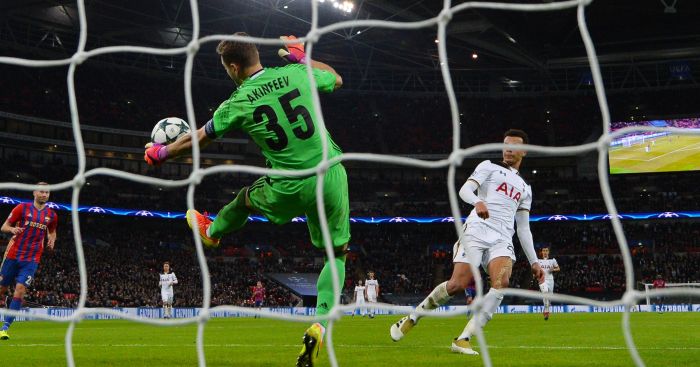 Tottenham boss Mauricio Pochettino thinks it is important the club play at Wembley as much as possible this campaign ahead of a potential short-term move there next season.

Wembley will host the second leg of Spurs’ last-32 Europa League clash with Gent on Thursday as they aim to overcome a 1-0 loss in the first match.

Tottenham hope to move into their new 61,000-seat stadium by the beginning of the 2018-19 season and it’s likely that the north London club will play all their home matches at Wembley next term.

Pochettino thinks it is important to settle into their new surroundings as well as possible in case they are playing there on a regular basis.

“It’s not confirmed as the club have still not confirmed but we all hope we will play there next season, as it will show very clearly we are close to finishing our stadium,” said Pochettino.

“The games there this season are a great chance [to make it feel like home] as it will be tough to play every game there next season.

“We need to make Wembley home. The last game we played there, against CSKA Moscow in the Champions League, we played well [to win 3-1] and started to feel better.

“The first two games, against Monaco and Bayer Leverkusen, we lost and didn’t play well.

“That was not because we played at Wembley, but when you play regularly you start to feel it’s home.

“It is perfect for us to play there as next season we will play all our home games there.”