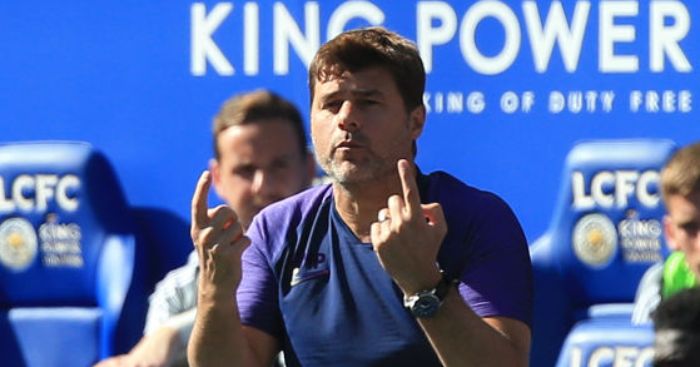 Mauricio Pochettino has implored his Tottenham players to show “the big balls” amid their current struggles.

Tottenham slumped to a second defeat in their opening six Premier League games as Leicester came from behind to beat them 2-1 on Saturday.

The result came after a disappointing 2-2 draw with Olympiacos in the Champions League, and means Tottenham’s last Premier League away win came in January, when they beat relegated pair Cardiff and Fulham.

Our early losers remain fourth but have looked out of sorts for much of the calendar year, and Pochettino wants a reaction.

“Bad luck for us!” he told talkSPORT. “Disappointed but I accept the rules, I accept the system of the game and I’m not going to blame or complain.

“Sometimes football is difficult to explain…we go 2-0 or 1-0 up but then at some point the game turns against us.

“That’s happened in many games and of course I’m disappointed. We need to analyse to try and improve.

“I trust in my players and my squad and for sure we’re going to improve. I am happy with the performance. We played more like we did against Crystal Palace.

“These type of situations demand the type of character and the big balls and to be brave to work hard and to try to face the problems.”