Home All The News Podolski criticises United treatment of Schweini 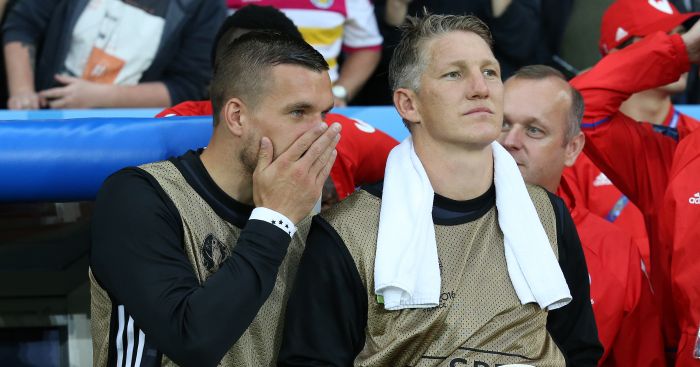 Lukas Podolski has hit out at Manchester United’s treatment of his former international team-mate Bastian Schweinsteiger.

The former Germany captain has been told to train with the reserves at Old Trafford by current Red Devils boss Jose Mourinho after failing to impress the Portuguese coach in his time at the helm.

Podolski, who is currently on the books at Turkish side Galatasaray, thinks the World Cup and Champions League winner deserves a lot more respect from his club.

“When you look at the career Bastian has had, I can only say that what is happening there is simply not right for a player of his stature,” Podolski told Bild.

“I do not know what Mourinho has discussed with Bastian. But it is clear that it is not okay to drop someone like Basti to the reserves.

“A coach should always keep his door open to all players, and especially to players like Schweini.”

Schweinsteiger doesn’t want to move to another team in Europe once he leaves United but Podolski thinks it is possible the pair could link up together in Major League Soccer.

“I think America is great. Moving abroad is good for personality development and it would also be good for our children,” added Podolski.

“Clearly it would be possible to play with Schweinsteiger in the States.”