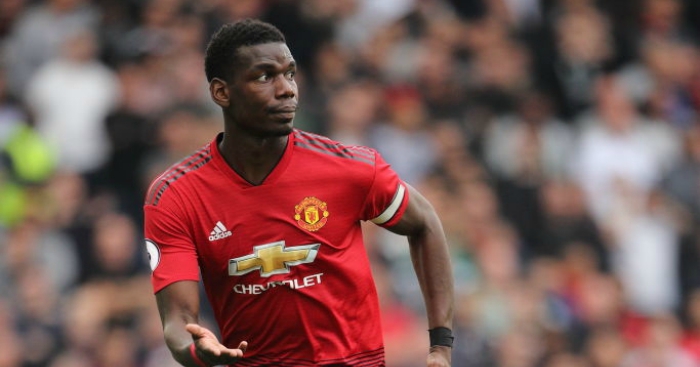 Captain Paul Pogba has hit out at Manchester United’s blase attitude in their 3-2 Premier League defeat at Brighton.

Pogba hit a late penalty but a slipshod United fully deserved their defeat, with Glenn Murray, Shane Duffy and Pascal Gross all on target for the hosts.

“We lost and the attitude that we had today was that we deserved to win,” Pogba told Sky Sports.

“I put myself first. My attitude wasn’t right enough. We’ll keep trying and keep pushing and obviously it’s a lesson for us.”

United leaked three first-half goals for only the 10th time in Premier League history, in an error-strewn and lacklustre showing.

Target man Murray drew first blood with a smart one-touch finish in his 200th appearance for Brighton, before Duffy swept home amid defensive indecision from United.

Gross then converted a penalty after being felled in the box by Eric Bailly as Brighton effectively had the game sewn up by half-time.

Romelu Lukaku nodded a header home amid Brighton’s 19-minute goal blitz, before Pogba slotted his second penalty in as many games in time added on at the death.

Brighton beat United 1-0 on the south coast back in May en route to a 15th-place Premier League finish last term, and repeated the feat of toppling Jose Mourinho’s men just three months on.

Refusing to pass the buck, Pogba stepped up to take it upon himself to state just how below-par United were on the day – especially in terms of mindset.

“The attitude that we had was not like we wanted to beat them. They had more anger than us and that showed on the pitch,” said Pogba.

“We made mistakes we shouldn’t make. The attitude has to be right and we missed that today.”