Home All The News Pogba after Jose sacking: ‘He f**ked with the wrong baller’ 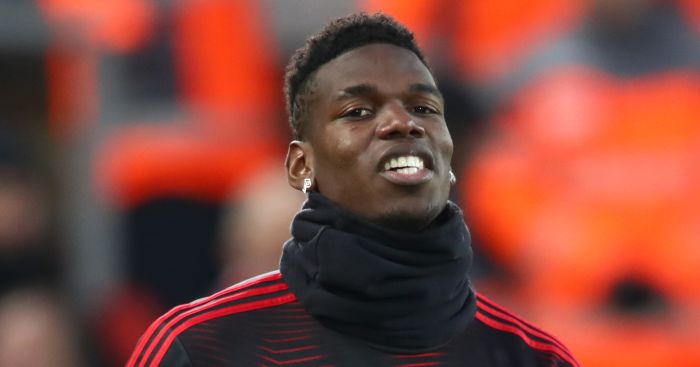 Paul Pogba was heard shouting “he f**ked with the wrong baller” after the announcement of Jose Mourinho’s sacking at Manchester United, according to reports.

Mourinho was removed as United manager after two-and-a-half years in charge on Tuesday, with the club struggling in the Premier League.

A 3-1 loss to Liverpool on Sunday was his last match in charge with the result leaving the Red Devils 11 points off the top four and 19 points adrift of Jurgen Klopp’s Premier League leaders.

A report on Wednesday claimed that Pogba was handing out high-fives in the dressing room after the Portuguese coach left.

Mourinho fell out with a host of players during his tenure at United with his poor relationship with Pogba grabbing all the headlines.

And now The Sun claims that Pogba was heard shouting: “He thought he could make a fool of me and turn the fans against me. He f***ed with the wrong baller.”

The report continues by saying that Michael Carrick, who had been taking training ahead of Ole Gunnar Solskjaer’s arrival at the club as caretaker boss, told Pogba to stop his celebrations and insisted to the players that no player will be bigger than the club.

It is understood that the celebrations continued privately even after Carrick warned the United players about being disrespectful to the club.

Pogba was quick to react to Mourinho’s dismissal, posting “Caption this!” alongside a picture of himself adopting a knowing look on social media following the Portuguese’s departure on Tuesday, but later deleted the post.

The post even drew a furious rebuttal from former United man Gary Neville, who simply responded: “You do one as well!”.

Regardless of the excuse from Pogba’s team that it was a scheduled marketing post, the Daily Mail reports that the Red Devils will fine the World Cup winner.