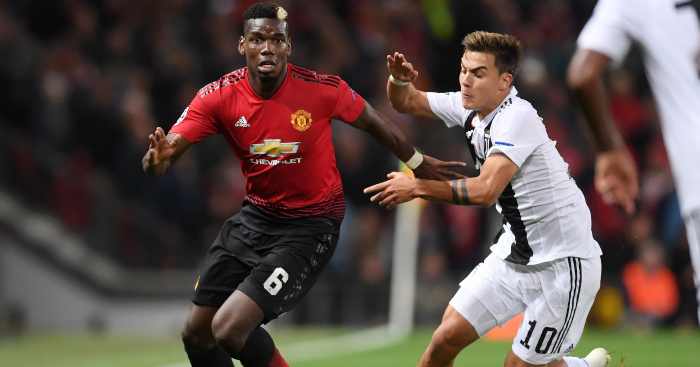 Paul Pogba has already agreed a return to Juventus – but the Serie A champions will have to raise some funds before buying the Manchester United midfielder.

The Red Devils took Pogba from Juve in 2016 in a record £89million deal but three seasons later, the France star is said to be keen to leave Old Trafford.

Pogba has spoken of his ‘dream’ to play for Zinedine Zidane at Real Madrid but the Spaniards have already spent a huge sum on Luka Jovic and Eden Hazard and they are said to be looking at Christian Eriksen as a cheaper alternative.

Corriere dello Sport claims Pogba has instead agreed to return to Juve – but the Italians are also struggling to afford the 26-year-old.

Juve, who are likely to appoint Maurizio Sarri as their new coach, will have to raise the money through player sales. Tuttomercato claims the Old Lady will look to make £97.81m, with Mario Mandzukic, Joao Cancelo, Juan Cuadrado and Mattia Perin all available.

Manchester United have publicly insisted that Pogba is not for sale but reports suggest the Red Devils will be open to offers of over £130million.