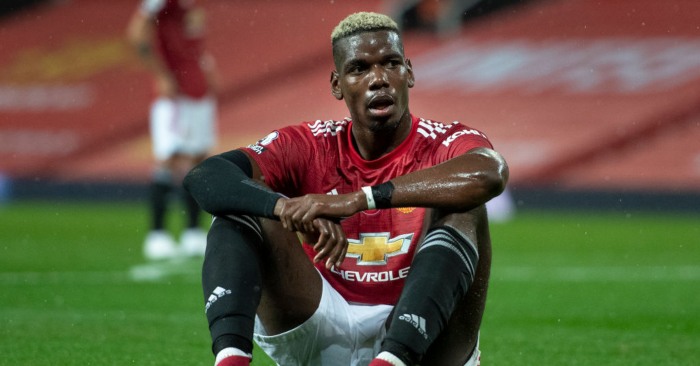 Manchester United star Paul Pogba cannot be happy at the club at the moment, according to France manager Didier Deschamps.

Man Utd’s £89m man has had a mixed time of it for the Red Devils since rejoining them from Juventus. His talent has never been up for debate, but he has struggled to live up to the high expectations placed upon him.

Pogba did have troubles with injuries for most of last season. But he started this season as one of Ole Gunnar Solskjaer’s first-choice midfielders.

But Man Utd have found it difficult so far this season. They fell to a shocking 6-1 defeat to Tottenham in their third league game. In the aftermath, Pogba was among a number of players to be heavily criticised.

The World Cup winner has only started one league game for United since then. This was their 1-0 defeat to Arsenal at Old Trafford.

Pogba has now headed off to link up with the French national team during the international break. Deschamps has told France Football that it is impossible for Pogba to be happy at the moment:

“I know Paul well and he knows the squad well. He finds himself in a situation with his club that he can’t be happy about, either in terms of his playing time or his position.

“He’s not at his best, he’s had a string of injuries and Covid-19 has also affected him adversely. He needs to rediscover his rhythm.

“He did well in the matches that he was involved in last month and performed consistently despite his lack of rhythm. Nevertheless, we can’t say that he’s blossoming at club level.

“There’s no problem with me, but I also work hard to manage him.

“When a player is unhappy at club level, of course, he is happy to play for France. He will tell me about how he’s feeling and as I know him very well, things will go in a positive direction.

“It’s also his responsibility to put in a big effort.”